Pokhara, an Oasis of Calm 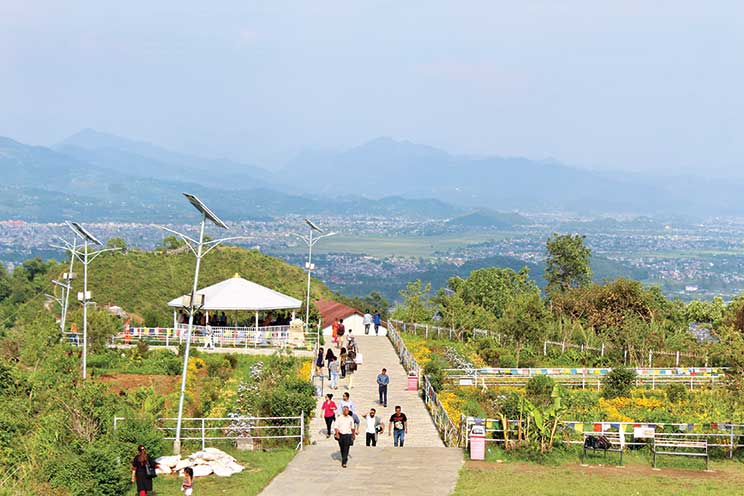 Fondly known as the Mecca of trekkers or gateway to the Himalayas, this second largest city in Nepal makes for a winsome experience. Laced with adventure, leisure, culture, nature and history, Pokhara valley is beguiling. With its picturesque lakes, verdant valleys, mountain views, terraced hills, wish-granting temples and ancient bazaars, Pokhara has something for every age and mood.

After having a tete-a-tete with the bustling lifestyle, cultural heritage, local sentiments and cacophonic streets of the capital city of Kathmandu, I was headed to one of the prettier cities of Nepal. The picturesque and slower pace of life in here was both, relaxing and satiating for the senses. Serenaded by the stunning Annapurna ranges and picture-perfect landscapes, it made a beautiful feast for the eyes. Pokhara exuded inherent charm. The weather was beautiful on my first day there and I was blown away by its quaintness.

Sandwiched between the majestic Himalayas in the north and tropical Terai lowland, the city of Pokhara falls in the hilly region of the sub-tropical valleys. On days with clear skies, the dramatic mountain views make it a paradise on Earth. If you are looking for a calming lakeside holiday, not very far from India, Pokhara qualifies to be on the list of pocket friendly international destinations.

On the tourist map, Pokhara may be popular as a jumping-off point for all trekkers or it may have evolved as an ideal destination for those who prefer travelling off the beaten path but I bonded with the city for its holistic touristy appeal. Most of the travellers who visit Pokhara have trekking in mind but not me. While boating, hiking, pony-riding and paragliding were not very high on my list, I cherished the sunny days, clean air, green hills and white peaks, more. In the evenings, I would wind up my day early at one of the vibrant cafes by the Phewa Lake. During the day, I found my solace in exploring the museums, caves, stupas and shrines of the city.

Phewa Lake with Mount Machhapuchhre in the background

I landed in Pokhara late afternoon and surrendered to a quick power nap. Soon after, as the temperature outside plummeted and movements of the sun suggested the arrival of evening, I hurriedly made my way to the Phewa lakeside. The streets were already buzzing with action. The lake seemed to be the centre of attraction as the path was lined by numerous hotels, restaurants, bars and shops. Within twenty minutes, I was there, face to face with Nepal’s second largest lake. The colourful boats in the reflecting water, high white peaks in the background and monkey-filled forests in the surroundings looked enchanting.

I was glad that I made it at the nick of the hour. The setting sun had begun to spread its fiery avatar over the fish-like sculpted pinnacle of the Mount Machhapuchhre (Mount Fish Tail). The most photogenic mountain of Nepal came alive in its true elements and everything about the moment was surreal. 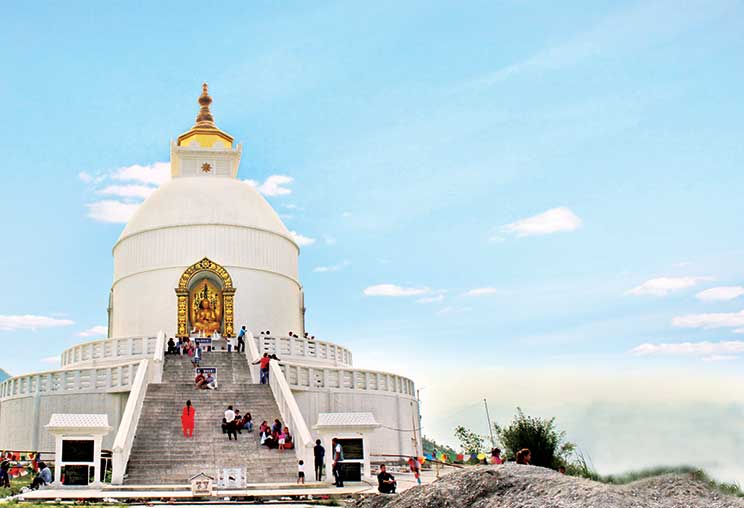 For the gorgeous views of sunrise or sunset over Pokhara, Peace Pagoda is a favorite among visitors. In the south of Phewa Tal, the Shanti Stupa is the first of its kind to be constructed in Nepal. While the monument echoes the message of peace, it also offers great views of the Annapurna range including Fishtail, Dhaulagiri, Annapurna South, and Annapurna III. It was built by Japanese Buddhists and was opened for everyone in 1999. Some people prefer to hike to the top but I hired a taxi that took me to the closest point. From there I walked and found my way to the stupa. The views from an altitude of 1,100m were exhilarating.

If you are a museum person like me, you must dedicate a day for the museums of Pokhara. The International Mountain Museum is a very informative place and tells us a lot about the life and culture of Nepali people. It not only glorifies Nepal’s mountaineering history but also documents a lot around geology and rock formations of the Himalayan range. Not to forget, it also made me aware of the details of the main peaks, who climbed them first and in which year.

My love for museums did not end there and I went on to explore two more museums in the city. The Pokhara Planetarium Museum is nothing less than a mini science center while the Gurkha Memorial Museum gives a tribute to the soldiers of Nepal. I loved immersing myself in the photos, stories, medals, uniforms and more. 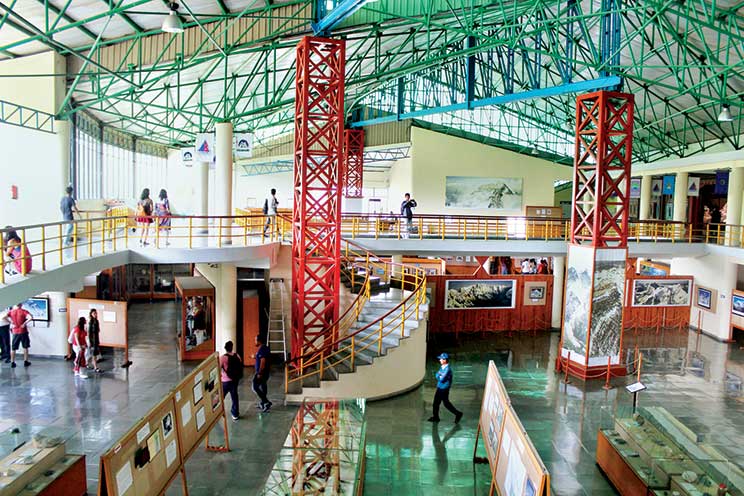 The Mountain Museum is worth a visit for the mountain aficionados

On the third day, my first stop was Binhyabasini Temple, dedicated to Goddess Bhagwati, a popular one among Hindus in the region. The locals consider it the holiest site in Pokhara. The area is dotted with several other shrines and statues. I also visited the Barahi temple located on an island in Phewalake, just a 10-minute boat ride from Barahi Chowk. Kedereshwar Temple, Bhadrakali temple and Radhakrishna Temple are some other temples in the city, that I learned about from the locals. Also, there is an old Ganesha temple beside the trading houses in Pokhara’s old bazaar.

If you have an adventurous heart, you have to sample the adventurous offerings of Pokhara. From skydiving, ziplining, bungee jumping, boating, paragliding to rafting, you can do it all here. If you have a knack for hiking, there are several hillocks scattered around Pokhara valley. With clear skies, the months of September to November make for a great trekking season in Nepal. One can choose to trek to the Annapurna circuit or opt for easy hikes to Begnas and Rupa lakes, Australian Camp, or Poon Hill. In the end, wrap it all with an epic helicopter ride above the Everest Base Camp. If paragliding is on your mind, Sarangkot, one of the top five-paragliding destinations in the world, is not far away.

Beyond the typical itinerary

One can also go to the top of Kahun Daada hill. The route up to this viewpoint also touches upon some of the most fascinating cultural sites like Kaskikot, the Australian Camp, Dhital, Rupakot, Mattikhan, Bharatpokhari, Kalikasthan and Armalakot. The other two major attractions in Pokhara city are Chameri Gufa (Bat Caves) and Davis Falls (a part of the holy river Seti). Sita, Gupteshwor and Mehendra are some other mystical caves that can be explored if you have some extra time. Apart from Phewalake, about 15km to the east of the city, there are two more beautiful and rarely visited lakes – Begnas Tal and Rupa Tal. I also visited Mahendra Lake.

Pokhara provides for a better shopping experience than Kathmandu. One may go around Bhat Bhateni on New Road or Mahendrapool’s Mall. In the heart of the city, you can also easily get any equipment you need for trekking and hiking in the area. I quite enjoyed bargaining for bags made of hemp and other souvenirs from the lakeside shops. At the end of my five day trip, I had a heavier bag for the next phase of my journey.