Festivals Around the World from July to October

Whether it’s an elaborate celebration or a polite honouring of traditions – a festival can make your trip to any destination unforgettable. We bring you some of the most thrilling festivals from around the world to make your trips even more diverse and authentic. 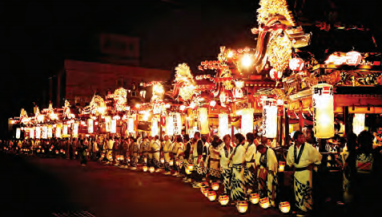 Ever lost someone whom you would like to bring back? During the Obon festival in Japan, which is the country’s most important religious holiday based on the Buddhist belief that on the 15th day of the seventh month, gateways to heaven and hell open, allowing spirits to visit the living world. Thus on this day, locals gather to lure their ancestors’ spirits with lanterns, candles and dances. They try to ensure that their ancestors are not trapped as ‘hungry ghosts’ and use the festival to liberate their spirits. Legend has it that one of Buddha’s key disciples, Mokuren, used his supernatural powers to check on his deceased mother. Japan’s hungry ghosts come in two forms: Gaki – who were greedy in their lives and in the afterlife suffer insatiable hunger for one particular object and Jikininki – who were selfish among the living and now only have an appetite for the dead, looting graveyards at night searching for human flesh. Buddha suggested that Mokurento prays to a group of monks, who were returning from a summer pilgrimage on the auspicious 15th day of the seventh lunar month. Mokuren’s prayers were answered and his mother was released from the realm of the hungry ghosts. Since then, for years, people have been visiting their hometowns to adorn their ancestors’ graves with flowers and lanterns. 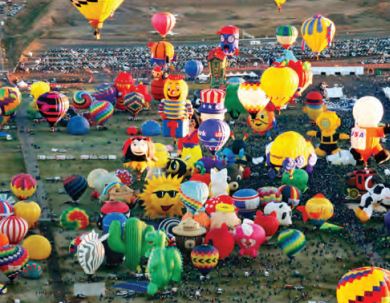 Every year, for a period of nine days, the sky above Sangre de Cristo Mountains, east of Navajo country in northwestern New Mexico is filled with colourful non-traditional and uniquely shaped balloons including outlines of cows, wagon coaches, bees and soda pop cans, amongst others. From filling the sky with hundreds of balloons at once at sunrise to balloon races and other piloting competitions, the event is a spectacle of wonder for all ages. The Albuquerque Balloon Fiesta began in 1972 with just 13 balloons and in 1975, the World Hot Air Balloon Championships merged with the fiesta, causing its reach to expand. The fiesta grew steadily every year to become the biggest hot-air balloon festival in the world today. Local artists take advantage of balloons as a favourite subject for their paintings and residents enjoy the view of the balloon filled sky from the comfort of their backyards – especially during the advent of dusk when a large number of balloons are illuminated and released. 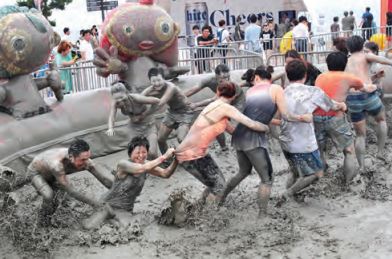 Every summer, millions of visitors pounce on the land of Boryeong, about two hours by train from the capital Seoul, in South Korea, to enjoy the healing properties of the local mud and the festival that celebrates it. The origin of the festival dates back to 1998 when as a promotion for the mineral-rich mud found near Boryeong, the manufacturers of Boryeong mud products invited visitors to smear themselves with it to see for themselves its beneficial effects. The event took on a life of its own rather quickly, attracting thousands of visitors annually and since then it has become an international phenomenon. Families relaxing under beach umbrellas, children splashing in the kid-friendly area and the young partying are a common sight at the festival. Those looking for a more laid back experience can go in for mud facials, body painting, pottery demos, soap-making and yes, or just lounge on the beach; and to get rid of all the mud, showers are available for a modest fee. Rinsing off in the ocean is also an alternative. 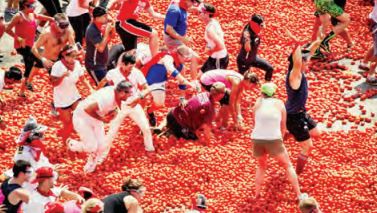 It all started in 1945 after two men went ahead with aiming tomatoes at people during a political protest. Since then, the tomato fight has been a strong tradition in Buñol, about 320 km east of the capital Madrid, in Valencia, though more for recreational purposes than a protest. During the festival, small trucks and lorries filled with tonnes of rotten tomatoes enter the town. When the tomatoes are dropped to the ground – it is a signal to the beginning of the celebrations. For around one-two hours, people toss squashed and crushed tomatoes at friends and even at strangers partaking in the festival. Bonus: towards the end of the tomato hurl, there are always generous locals who splash people with water so they can get cleaned. 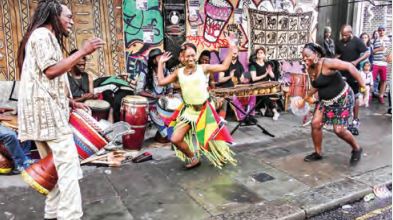 Notting Hill Carnival is a fiesta that celebrates diversity and presence of various cultures in a modern society. The festival is a mix of family-friendly events and adult-fare including kids’ costume contests, parades with skimpy dresses and truck mounted DJs for everyone to dance their differences away. One of the largest street festivals in the world, the carnival has been celebrated for over 40 years now and with time has evolved from being posh to wild. Every August during the last week of the month, the Notting Hill transforms into a street fight of drummers, decorated floats and dancers. Those taking part in the carnival put in months of preparation – but the joy for spectators lies in just turning up and embracing whatever comes in the way. 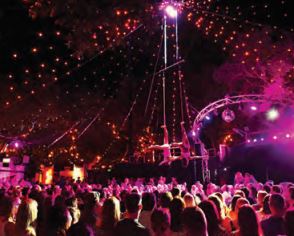 The Darwin Festival celebrates multicultural aspects of the Northern Territory lifestyle in Australia, which is held over 18 days during summer and comprises a series of events including concerts, workshops, theatre, dance, music, comedy, cabaret, film and more. In Darwin, during the festive atmosphere – food and drink stalls and free performances are all you will be surrounded with. Darwin has a tradition of street parades and events dating back to the early days of European settlement, thus artists from around the world converge on Darwin’s theatres and tropical gardens. Music concerts, performances from around the world, international comedy acts, dishes from Darwin’s top restaurants, powerful drama and sultry jazz, cabaret and vaudeville, the festival is an extended party in itself.