Long a must destination for Indian leisure travellers on their European sojourn, France is now becoming important even for other segments of tourism business, thanks to continuous innovations and niche activities.

The year 2018 has brought good results for destination France, with a 16 pc growth in the number of Indian visitors who travelled to France as compared to the previous year. We have also had an increase in the number of incentive movements being organised to our shores and the interest in France as an overseas wedding destination has also grown tremendously over the last few months.

The duration of stay for Free Independent Travellers (FIT) in France now averages around 6-7 nights and there is a growing preference amongst visitors to discover French destinations and its wealth of activities. Our core source markets are Mumbai, Delhi, Bengaluru, Kolkata and Chennai. However, the contribution of tertiary cities pan India has increased substantially over the last few years.

Keeping in line with our global strategy, we have made concerted efforts on highlighting signature tourism brands in France. These include destinations such as Alsace, Alpes-Mont Blanc, Biarritz Pays Basques, Burgundy, Brittany, Bordeaux, Côte d’Azur, Corsica, Champagne, Languedoc-Mediterranee, Lyon, Normandy, Provence, Paris, Toulouse-Pyrénées and the Loire Valley which already benefit of global renown. What gives France a distinctive edge over its competitors is its core competence in certain domains which have been identified as France’s areas of expertise. These include wine tourism, nightlife, the French Alps in summer and the French savoir-faire. The only country in the world to produce authentic champagne, the French art of perfection and attention to detail that reflects in the creative masterpieces in domains such as art, fashion and cuisine, its vast repertoire of alpine activities in the summer and an enviable nightlife illustrates France’s prowess in these key areas of expertise. These facets are consistently interwoven and incorporated across marketing initiatives in a focused manner that enhances the recall of France as a leading tourism destination. 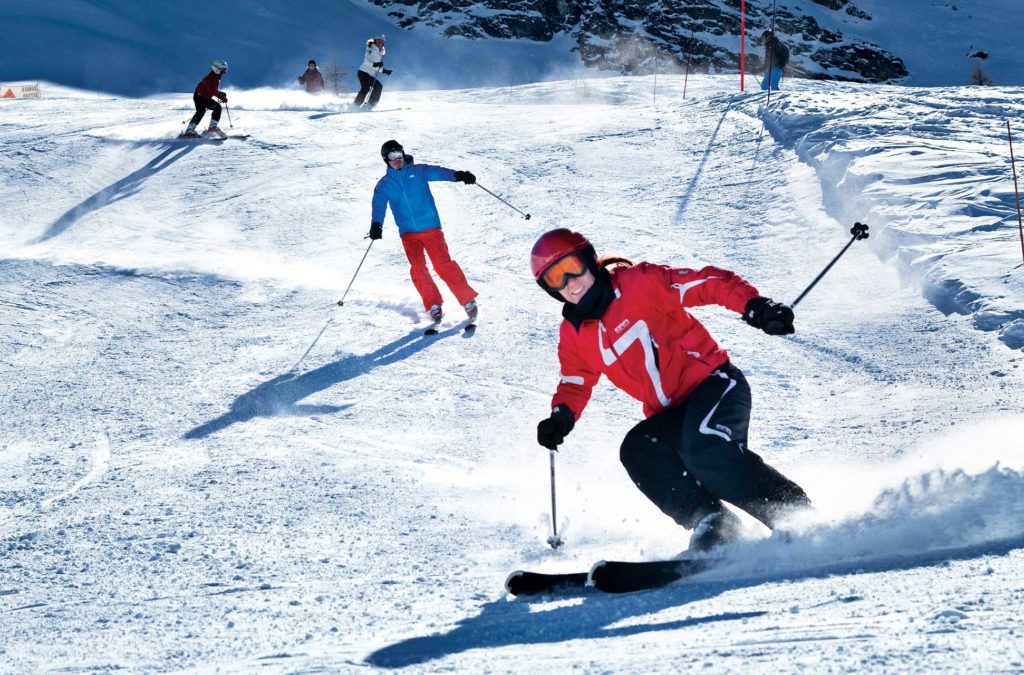 Today’s discerning traveller is eager to discover France’s multi-faceted destinations. Almost 60 pc of FIT itineraries include Paris and other destinations within the country. France attracts a gamut of travellers that include FITs, families, honeymooners, couples, friends on a holiday, luxury-seekers and corporates who visit France for meetings or incentives and of course Group Independent Travellers (GIT).

In keeping with the market trends, it is our constant endeavour to engage with travel professionals pan India, through a slew of initiatives including familiarisation trips, focused events, trainings and one-on-one introductions to the French travel industry. Atout France organises global thematic B2B showcases in France throughout the year such as Grand Ski that focuses on France as a winter destination, Rendezvous en France which is a global marketplace for buyers-sellers around the world, Destination Vignobles that focuses on wine-tourism and France Meeting Hub which focuses on France’s formidable positioning in the MICE domain. A delegation of Indian travel agents is always present at these showcases.

In addition, Atout France also participates in various B2C initiatives such as the B2C consumer showcase the Luxury Lifestyle Weekend that has been taking place in Mumbai since the last three years and in which Atout France has participated alongside its partners La Vallée Village and Accor Hotels. During the event, key trade partners are invited to the opening night sponsored by Atout France and La Vallée Village and also a special networking soiree is organised for the agents during the showcase to facilitate exchanges between the agents and the delegates.

Atout France, in collaboration with the French Embassy and network of consular services pan India, also actively showcases the Gout de/Good France initiative that takes place annually on March 21 and which pays a tribute to French cuisine across five continents. A contest is also organised with the prize being a holiday to France for two people. Travel agents are also encouraged to participate in the contest by visiting participating restaurants taking part in this global initiative. Our primary B2B mainstay in India is our annual offsite B2B showcase, which will this year, take place from September 23-27 in Mahabalipuram. A record 36 delegates representing different facets of destination France will be part of our 2019 showcase who will be interacting with approximately 80 travel companies pan India. Our objective of showcasing France as a winter destination stands reinforced with a presence of 13 alpine partners from the Auvergne Rhône-Alpes region. The delegation also includes partners who have been regularly investing in this market and new entrants in the form of new destinations, hotels and sightseeing companies who are interested in foraying in the Indian market.

We also have amongst our partners, one of France’s overseas territories, the Reunion Island, that has entered into a strategic alliance with Atout France since the end of 2018 and is extremely keen to augment Indian arrivals to their shores. The workshop will be inaugurated by Catherine Suard, consul general of France in Puducherry and Chennai, and will consist of pre-scheduled meetings between buyers and suppliers spread over a period of three days which will pave the way for driving synergies forward and allow for successful exchanges between both agents and our delegates. Networking soirees have been planned for each evening allowing for informal exchanges in a relaxed ambience.

September will also see the launch of our certified online training programme that will be hosted on the platform of a renowned B2B publication in collaboration with St Tropez and Air France. The e-learning programme which will be available online for three months from inception, has as its core objective, enhancing product knowledge of front-line staff, product development managers which will contribute to a diversified showcase of France and its array of touristic offerings. Our focus is to motivate travel professionals to promote France’s destinations, its unique experiences and steadily increase the number of nights in France in addition to Paris. The e-learning programme will be divided into four modules each one with a specific theme. The first module will focus on a generic presentation of France and showcase key French cities, followed by a module dedicated to France’s beach destinations. The third module focuses on vineyards and chateaux and the fourth one showcases France’s alpine resorts. The participant who completes the training with the highest score will stand a chance to win return flight tickets from India to Paris, courtesy Air France.

We will also launch, in September, a dedicated certified e-learning programme for Reunion Island with the same B2B publication allowing agents to familiarise themselves with the destination and its wealth of activities. This e-learning module will also be divided into four modules commencing with a generic presentation on the island and a special focus on specific themes such as mountains, the coast and aerial activities. This online training will also be valid for a period of three months from its inception.

In addition, Atout France also participated in showcases such as EPEX, Travel Wedding Show to widen its network of contacts and augment France’s positioning in the domains of MICE and luxury travel. With an intent of reinforcing France’s positioning in the MICE domain, we will also organise a panel that will gather eminent speakers from the corporate world to better understand current trends in the ever-evolving domain of meetings and incentives.

An important recognition given to agents is also the prestigious Ambassador’s Awards which takes place under the patronage of the Ambassador of France to India. This prestigious event is essentially an award ceremony that recognises and rewards a selection of five travel agents who have essayed an exemplary showcase of France from the itinerary perspective. The awards are divided into six categories, with three-four categories focusing solely on thematic itineraries, one for highest visa issuances and one for the journalist who has essayed a holistic presentation of France through their prolific writing. These awards are judged by an eminent jury that is piloted by the ambassador of France himself, the commercial director of Air France, the COO of Accor India and the editor of Conde Nast Traveller. We have received an enthusiastic response from agents pan India to these awards and receive a large number of itineraries each year as entries.

Our eventual aim is to keep the momentum going in terms of the influx of Indian travellers to France. Our strategy for the coming years includes an augmentation in the number of experiential and indulgent travellers to France, enhance the positioning of France as a preferred destination for Indian weddings and also diversifying the appeal of French destinations to the discerning Indian traveller.

An avid traveller and a travel professional by career, Sheetal Munshaw is currently director of Atout France in India

You may also like
Jazeera Airways holds events for new route & year of operations in Chennai
Amadeus India kicks-off India roadshows with focus on automation
Malaysia sets up offline visa centres in India
La Perle: Soaking in a live show in Dubai
About Post Author