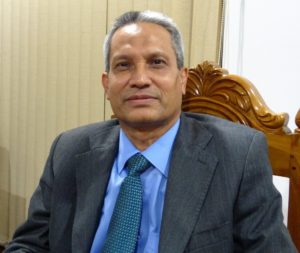 Bangladesh Tourism Board (BTB) has appointed Dr Md Nasir Uddin as its new Chief Executive Officer with immediate effect. Dr Nasir, a very senior officer of Government of Bangladesh was an Additional Secretary to the government and holds years of experience and knowledge in the tourism industry. He replaces Akhtaruz Zaman Khan Kabir and was the Director General of Public Private Partnership Authority of Bangladesh before joining BTB.

Bangladesh is trying hard to bounce back from last July’s terrorist attack in Dhaka. The government is planning a series of initiatives to boost tourism in the country. A master plan focusing on the development of Cox’s Bazar, the key beach destination is one of the main aspects of the strategy towards attracting one million international arrivals by the end of 2018, from around 600,000 in 2015.

India is one of the biggest source markets for Bangladesh. Japan, the UK, the US, China, Spain and France are the other major international foreign tourist suppliers for Bangladesh.

In his first interview after assuming office, the new CEO, Dr Nasir told India Outbound, “Bengalis of India are our prime target at the moment. We connect with them. We speak the same language. We have a common culture. We consider each other brothers and sisters. The search of root for many Bengalis from India, keep a steady flow of travellers to Bangladesh. Plus there are business travellers who frequent on a daily basis. Very recently BTB has endorsed an initiative called Chalo Bangladesh which connects Bengalis from both sides of the border speaking a common language in search of their origin, their root. We are going to promote this initiative very soon in India and expect a great flow of Bengali tourists coming in to attend the next big festival of ours, the Bengali New Year, Poila Boisakh in April, a World Heritage declared by UNESCO.”

Dr Nasir agreed that Bangladesh is not yet fully ready as a world class destination in infrastructure. The majority of the hotels that are opening are in Dhaka while the other destinations lack top class accommodation options. But he was hopeful about the fast-changing infrastructural developments taking place in the country and is sure to reap the benefit in the tourism sector. Not only hotels and resorts, a few airlines are also increasing operations as well and getting good traffic from India.

Welcoming the new CEO, the Tourism and Civil Aviation Minister of Bangladesh, Rashed Khan Menon underlined that a national policy for tourism was declared in 2010 with the objective of promoting Bangladesh in the overseas markets and his department is committed to making it successful. He said expansion work of the airport in the world’s longest unbroken beach, Cox’s Bazar, for international operations is going well and it will be operational by the end of 2017. A railway line that will connect Chittagong to Gundum, on the border with Myanmar is also under construction. “Bangladesh is home to important Buddhist destinations like Paharpur, which is a UNESCO World Heritage Site, and this is a market we are looking to tap,” commented Menon.

The tourism promotion in India is being led under the initiative called Chalo Bangladesh launched in 2016. The founder-organiser of the initiative, Mohiuddin Helal, a leading tourism entrepreneur said, “We are happy that our initiative is now being backed by our tourism board and we are going to get all the support that is required to make it a grand success. We have already kick-started the initiative with a group coming from Kolkata by road, train, and air and joining our national celebration of mother language day on February 21. The Chalo Bangladesh movement will be bigger and be a year-round campaign. We are now focusing on Bengali New Year and are expecting a huge inflow of tourists from West Bengal and North East India. We plan to bring a reserved train full of tourists from Kolkata to Dhaka to celebrate the event along with those who will come via road and air.”