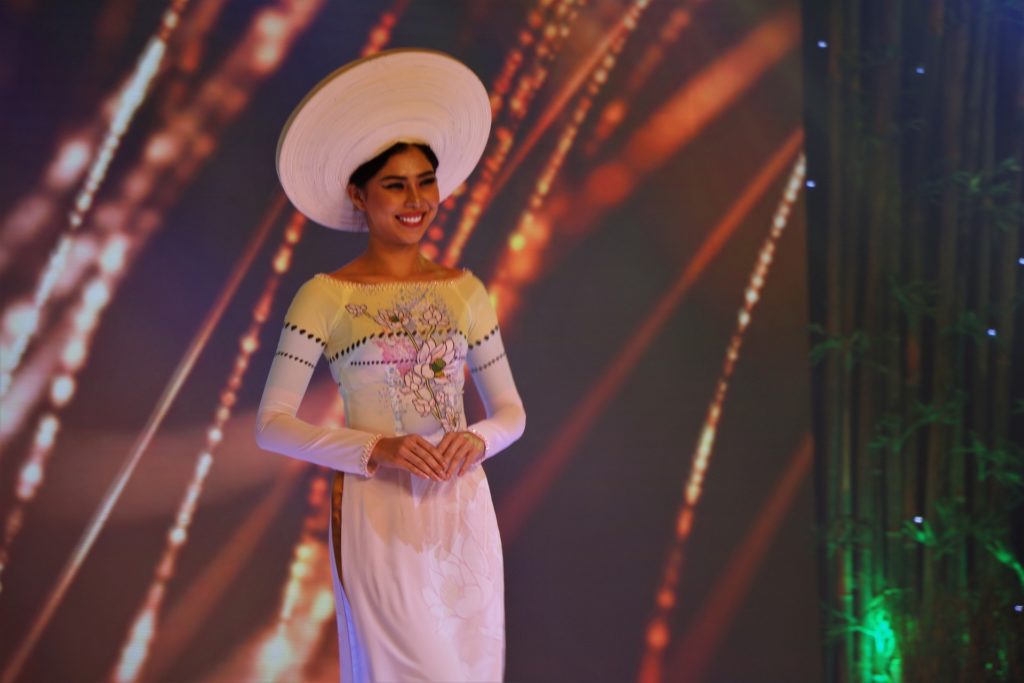 There is an element of inquisitiveness in every traveller that tries to delve deep in the traditional cultures of a country – Vietnam can offer you more than what you seek in fashion and food. Ao Dai the national dress of the Vietnamese women is a story of almost four centuries.

The ‘Folk Quan Ho and Chau van’ – a traditional form of singing in Vietnam recognised by UNESCO as an intangible cultural heritage of humanity and the ethnic costumes, Ao Dai that dates back to the seventeenth century and still finds its fashion statement strongly on the ground is an integral part of it. A string of stories from the past and a glorious modernisation in the present made this unique outfit a very affectionate part of the Vietnamese lifestyle. The stories have lived for centuries like folklore and survived time to become a representation of the beautiful Vietnamese culture. The global appreciation has inspired new age fashion designers to take up the challenge and re-invent Ao Dai keeping the form and shapes similar.

Vietnam showcases Ao Dai with pride. There are regular exhibitions, events and fashion parades to showcase this unique outfit to the tourists in the city. Kha Le, one of the apprentices at the Ao Dai Museum said, “It is not only for the Vietnamese women now, it has reached the world. I believe Ao Dai and its historical significance is one of the most vital parts of the Vietnamese culture and is also a contributor to the country’s tourism”

Watch a video report on the Ao Dai Museum…

A visit to the Ao Dai Museum

When in Ho Chi Minh City, a visit to this private museum located in District 9 and in between the popular Rex Hotel and the Bitexco Tower is highly recommended. Even if you are not one of those who would keep their diaries updated with the latest trends, the Ao Dai Museum will enchant you with its earthly setup, interesting workshops and an exhibition of the Ao Dai costumes from various periods and cultures. It is fascinating to witness how the influences of fashion from eastern as well as the western world have evolved this traditional dress.

Traditional Vietnamese people have been wearing this ethnic dress since the seventeenth century and with time, the advent of western and eastern cultures in Vietnam transformed the dresses in a way that itself is a story. 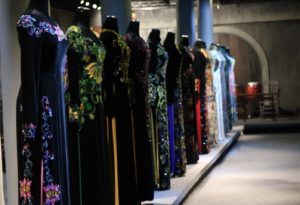 The Ao Dai exhibition at the Museum in Nguyen Hue

“In 1934, the French came to our country and they transformed the way women dress out here. Ao Dai was already famous by then but what became interesting was how the French taught us to wear the bra and shaped the Ao Dai with a slimmer waist. The dress immediately got noticed in Europe and we get a lot of Europeans visiting us even now looking for customised Ao Dai for them,” said Kha Le.

Kha Le described how the dress transformed with time from the seventeenth century and told us how the designer and the owner of the place Si Hoang have taken up the responsibility to showcase the range of designs. “With time the status of Vietnamese women improved, so a particular form is called hippies; that dates back to the time when the women started wearing sunglasses and riding bicycles,” added Kha Le in her conversation with India Outbound.

Every year in March, Ho Chi Minh City hosts a big Ao Dai Festival showcasing a host of designs at different places such as the municipal Youth’s Cultural House, Women’s Cultural House and Ho Chi Minh City’s Ao Dai Museum in order to give viewers a real experience. Linh Nguyen, a university student said, “The Ao Dai Festival is more of a cultural exchange between various famous designers and there are themes that they follow every year. This year it was ‘I Love Vietnam’ and students dressed in Ao Dai walked the streets shaped like an ‘S’, the shape of our country map.”

The Ho Chi Minh City Ao Dai Festival is known for its great cultural significance and has a key hand in uplifting the image of Ho Chi Minh City and its budding tourism sector. “The event also showcases the independence of women in Vietnam as we ride bicycles wearing our traditional national dress,” Linh added.

IndiGo to launch daily flights from Hyderabad & Chennai to Gulf