Meet the tribes in Africa 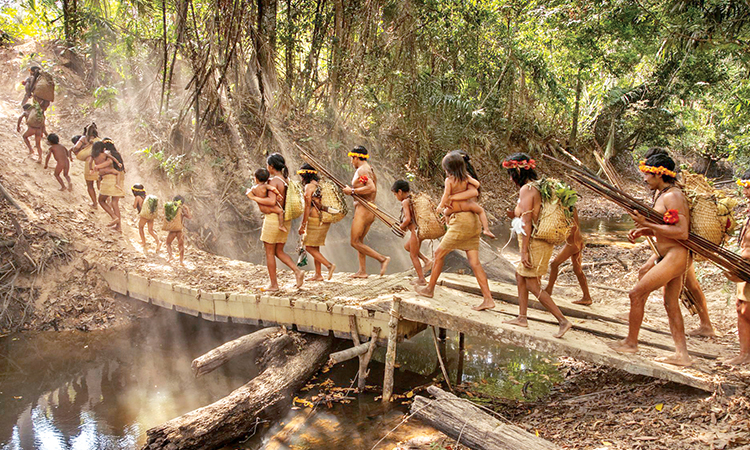 For those who like to combine travel with discovery and learn about different cultures, Africa is an ideal destination, with its multitude of tribes, each with its own sub-cultures and traditions.

Africa, world’s second largest continent, has more than 3,000 diverse tribes residing in its 54 countries. Africa offers a unique experience of wildlife and mesmerising culture and traditions of the people residing there. These vibrant cultures and traditions can now be experienced, at least for a few days, thanks to some of the tribal safari programmes. A snapshot of five such tours: 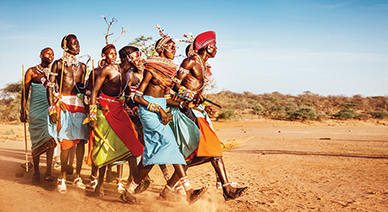 Visiting the red-clad tribe and experiencing their lively traditional dance provides a lifetime of memories. The Maasai people are a warrior clan that reside in the wildness of east Africa and have been in the same area, following more or less the same traditions for hundreds of years. One of the best areas to spend some time with them is the Maasai Mara National Reserve in Kenya, where the Maasai are a common sight, garbed in red coloured clothes called shuka, herding their cattle or dancing Adamu, their traditional dance. Visitors may even get to visit the Maasai village huts (called Manyata) which are made of dung and clay plastered over stick frames. This is very practical of the tribe as they also make their livelihood through herding livestock. Even their food habits are influenced by this as they traditionally rely on the meat, milk and blood from the cattle for protein and calorie needs.Visiting the Maasai is enriching as the tribe knows not only about the cultural contours of the land but also provides a vast knowledge on the local medicinal plants. 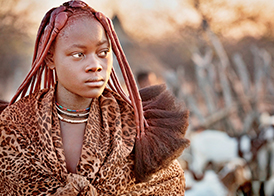 This semi-nomadic pastoralist and hunter-gatherer tribe from southern Africa is mostly known for the appearance of the women of the tribe with thick red hair. They make a living by breeding cattle and goats and travel from one waterhole to another. Their life revolves around the holy fire, okuruwo which is considered to be symbol of their ancestors. The fire is never allowed to go out and also serves as a meditation tool to communicate with their God Mukuru. Their adornment techniques used by the women of the tribe are quite unique. They use a body paint called otijze made from butter, animal fat and an ochre pigment to their skin for protection against sun and insects as well as to beautify themselves. The hairstyles also have traditional significance denoting age and social status of the person. From the cleanshaven young children and the forward and backward plaits in young women to erembe– a sheepskin leather ornament for women with children. Visiting them can give you an insight into the beautification techniques of the women with herbal smoke baths. 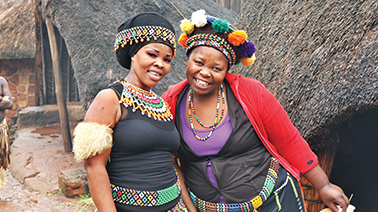 Zulu tribe is the largest tribe in South Africa which descended from east Africa and migrated to the south over the centuries. Though the present Zulus are modern and progressive, they maintain a connection with their historic roots. They are known for their crafts ranging from earthenware pottery, weaving to their colourful bead works. The colourful bracelets made from beads are not only beautiful to look at but are also symbolic to them. The cultural villages like Shakaland and Dumazulu are open for visitors to experience their tribal cultures closely. Visitors can visit their beehive huts, assist them in daily works like pottery and beadwork, enjoy their vibrant Zulu dance and even brew traditional beer. If you are lucky enough you may end up being part of a traditional wedding and observe their traditional dressing to the unique wedding rituals. A township tour allows you to check out the shebeens (pubs), lodges and traditional medicine stores. 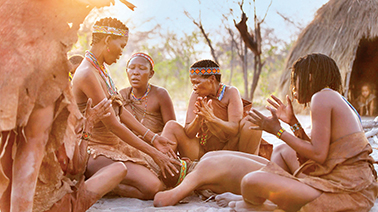 According to experts this is one of the oldest tribes in world. They are traditionally hunter-gatherers and move through the bushveld of southern Africa. Visiting them provides a wonderful experience of Botswana through their strong connection with nature. Their nomadic life and the language which comprises of clicking sounds also attribute to the same. The tour may provide you a chance to get connected to the San Bushmen and you may end up learning a few survival tricks like making fire and surviving on natural resources. They are also known to have been great artists as can be seen from their rock carvings in caves. The traditional trance dance or healing dance is also an important part of their culture, which is attended by the entire village and believed to have important outcomes like healing sickness to evading evil. 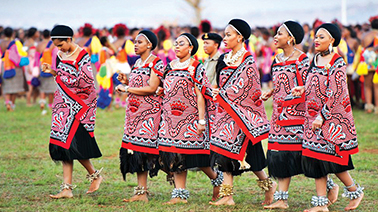 The small land-locked kingdom of Swaziland in south Africa houses the Swazi tribe- also known as Swati, who speak the Bantu-Nguni language. Swaziland not only has scenic mountains, rainforests and valleys but also a cultural experience with the traditional art and craft works of the people. The Swazi tribe still upholds its traditions through ceremonies, beliefs and healing practices. One of their most significant and spectacular events is the annual ceremony of Reed Dance held in August or September, for eight days. Young women come together at the Queen Mother’s village to pay tribute to the queen and to preserve the innocence of the unmarried women. The women garbed in traditional attire perform the dance for royal family and other onlookers. They also have another special dance called rain dance. With so many spectacular dances, they are also known as the royal dance tribe. They are also very good at making handicrafts as you may find while browsing through the beautiful collection of woven baskets, figurines, sculptures and jewellery. They are very colourful and vibrant as reflected by their beadworks in the different jewellery. The colours and patterns also have some cultural and religious connotations for the tribe which you may ask the seller about.

You may also like
Middle East airports dominate global airports in Oct 2021-Sep 2022
Cross Hotels & Resorts gets Net-Zero Certification
Rekindling festive spirit at Swiss Christmas markets
Emirates to start double daily direct flights to Colombo
About Post Author
Mahasweta Das
Mahasweta is a junior journalist at India Outbound. She has just stepped into the job world and is learning the ropes of the trade. She can speak without opening her mouth and wastes most of her non-working time either by reading or watching the Marvel superheroes.