The mysteries of magnificent Malta 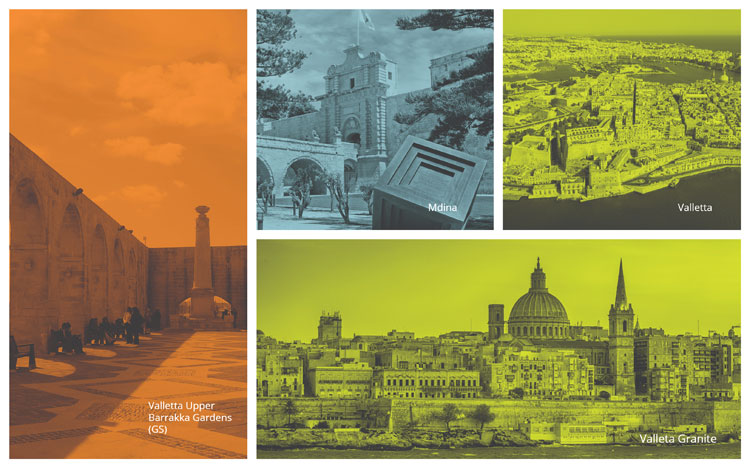 Malta is one place where one can see a seamless transition from the ultra-modern to pre-Roman heritage. The small island country packs glorious variety into its small isle. From prehistoric temples, hidden coves, red gold beaches to a history of remarkable intensity, Malta is a destination of beautiful experiences.

Known for its tropical beaches, turquoise waters, rococo style architecture, fascinating heritage, mountainous desert villages, culturally affluent cities and photogenic cliffs, the tiny island Republic of Malta has everything that appeals to the heart. Malta is a land of some serious history and heritage, having experienced several cultural takeovers, impactful Arab rule and 150 years of British control. Even the fishing boats in Malta resonate with the past. Just like their Phoenician predecessors the natives paint a pair of eyes on the prows. Steeped in 7,000-year history, the Maltese Islands have three sites- a fortified city, prehistoric temples and an ancient burial site inscribed on the UNESCO World Heritage List.

Valletta – ‘A city built by gentlemen for gentlemen’

Valletta, the capital of Malta, built by the Knights of St John in the 16th century, has been listed by UNESCO as a world heritage site for being one of the most concentrated historic areas in the world. Valetta is also known as a city ‘built by gentlemen for gentlemen’. The city was built on almost barren land known as the Sceberras peninsula, it was the brainchild of Grand Master La Valette, the hero of the Great Siege of 1565 when the Ottomans tried to invade Malta, who decided that this area was the place to build defences to protect Malta from attacks. Architecture in Valletta features ornate baroque buildings, the exuberant St John’s co-cathedral, and the Grand Master’s Palace, not to mention the many small churches hidden away that transport visitors back to the time of the Knights. Places like the Palazzo Ferreria, The Church of St. Barbara, St. Francis of Assisi Church, The Great Siege Square, La Borsa, Freedom Square, Liberty Square, the Parliament building and the Royal Opera House have changed the cityscape and galvanised it into life. The seven main Neolithic temples in Malta are said to be older than those at Stonehenge as well as the Pyramids of Egypt. All the seven temples, one of which is situated in Gozo, a sister island of Malta, have been classified together as one World Heritage Site. The temples are a testament to the tradition of prehistoric architecture that is totally unique. Ggantija (giant) temple in Gozo, Tarxien, Mnajdra, and Hagar Qim are the oldest, with Skorba, Hagrat and Kordin III being built much later. The Ggantija Temples, located in the Zaghra region of Gozo, are the oldest of the seven and date back to around 3600-3200 BC.

The most extraordinary site of all, the Hal Saflieni Hypogeum, a 5,000-year-old necropolis carved from the living rock, lies underground. It has been described by UNESCO as a site that bears a unique testimony to a cultural tradition which has since disappeared. It was discovered accidentally in 1902 when workers on a building work accidentally broke through its roof.

It is formed on three underground floors with several smaller chambers adjoined and is said to have held the remains of approximately 7,000 people. UNESCO calls it ‘one of the best preserved and most extensive environments to have survived from the Neolithic age. Experts are still divided over who built the Hypogeum, where they came from, or why they died out around 2500 BC. Suddenly, the population simply disappeared, though no signs of war, invasion or natural disaster have ever been found. They had no written language, leaving only conjecture about them and their culture.

The most famous object recovered from the site is the Sleeping Lady, a small, fist-sized terracotta figurine. Like other statues excavated at the site, the Sleeping Lady is corpulent, with wide hips and thick thighs and a very small head. The statue has survived almost entirely and has very detailed sculpting work, which is a surprise since it was done with extremely basic neolithic tools of bone, stone, and wood.

Over a century after its discovery, much of the past of the statue remains a mystery as do questions like what led to the disappearance of the people that had built these statues and inhabited in Malta at the time. The statue is now on display at the National Museum of Archaeology in Valletta.

The complete structure is built with basic tools as can be seen in the markings throughout. The lighting under the ground is dim in order to help preserve the structure. Visitors are restricted in both group sizes and times of the day. If you are planning to visit the Hypogeum then book your tickets a few months ahead as due to the popularity of the site, all the time slots are reserved well in advance. Don’t forget to visit Mdina, the former capital of Malta that is known to offer magnificent views of the island from its thick city walls. Gorgeous and quaint, the small city of narrow roads and a strict car restriction attracts more than 80,000 tourists every year. The city looks like a step back in time with its baroque buildings, palaces, churches, and a cathedral. Mdina is on the tentative list as UNESCO believes, among numerous other factors, “it deserves every degree of protection possible to ensure its survival for the benefit of both future generations and national pride”.

A few episodes of the famous American television show Game of Thrones have been shot here, boosting its popularity amongst tourists.

“Mdina has an architecture that is worth appreciating, and among the various buildings, there are typical alleyways, windows, and doors that are beautiful. One of the best things you can do in Mdina, is to get lost in the narrow, cobblestoned streets. It’s thrilling to leisurely wander and think what life’s like there today for its few residents. You’ll come across open squares, lots of churches,and the palatial villas of past nobles. Mdina is beyond stunning and visiting the city will be an experience to remember,” says Laura.

You may also like
Middle East airports dominate global airports in Oct 2021-Sep 2022
Cross Hotels & Resorts gets Net-Zero Certification
Rekindling festive spirit at Swiss Christmas markets
Emirates to start double daily direct flights to Colombo
About Post Author
Varsha Singh
Varsha Singh, Editorial Director & Product Head, India Outbound: Varsha is an avid writer and traveller who has found the ideal convergence at India Outbound. As Editorial Director, she decides the broad editorial guidelines and issues to be taken up by India Outbound, the magazine, as well as its vast social media assets, including notably the videos. Varsha is leading a compact team of dedicated journalists, multimedia, graphic designers and sales persons, all committed to take India Outbound to new highs.