The Guru of Kung-Fu 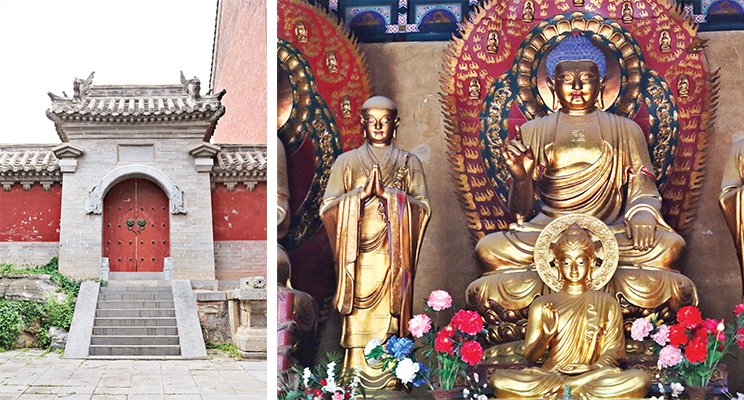 Kung-Fu is considered to be a Chinese martial art, but did you know that it was inspired by the teachings of an Indian monk?

The silence was broken by the laughter of two little kids playing in the courtyard of the Shaolin Temple of Dengfeng. Less than 10 years of age, they wore grey costumes like the monks who practise the martial arts. ‘‘They came here when they were barely four and have been living in the monastery since then, learning the art,’’ says a Kung-Fu master walking us around the large temple complex.

The Shaolin Temple and Monastery of Dengfeng are known as the birth-place of Kung-Fu. The temple is quite isolated from the main town, located in the midst of dense pine forests, surrounded by mountains. ‘‘The environment is important—we follow Zen Buddhism and require the peace of mind that is necessary to teach and practise Kung-Fu,’’ says the master.

How popular Kung-Fu is is easily visible as soon as you enter Shaolin town. The streets are lined with academies where thousands of children learn the art. 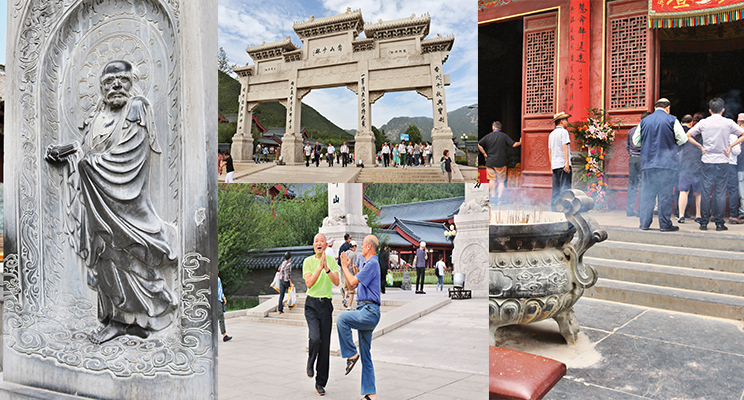 Statue of Bodhidharma, one of the Abbot of the Shaolin monastery; Chinese tourits posing; Prayers to Buddha; A view from inside the temple complex

Not many may know but the Shaolin monastery has an intricate link with India. The temple was established in 495 AD at the foot of the Songshan mountain by the then Emperor Xiaowen of the Northern Wei dynasty. It had been specially built to welcome an Indian monk, Buddhabhadra or Bu Tuo, as the Chinese call him. 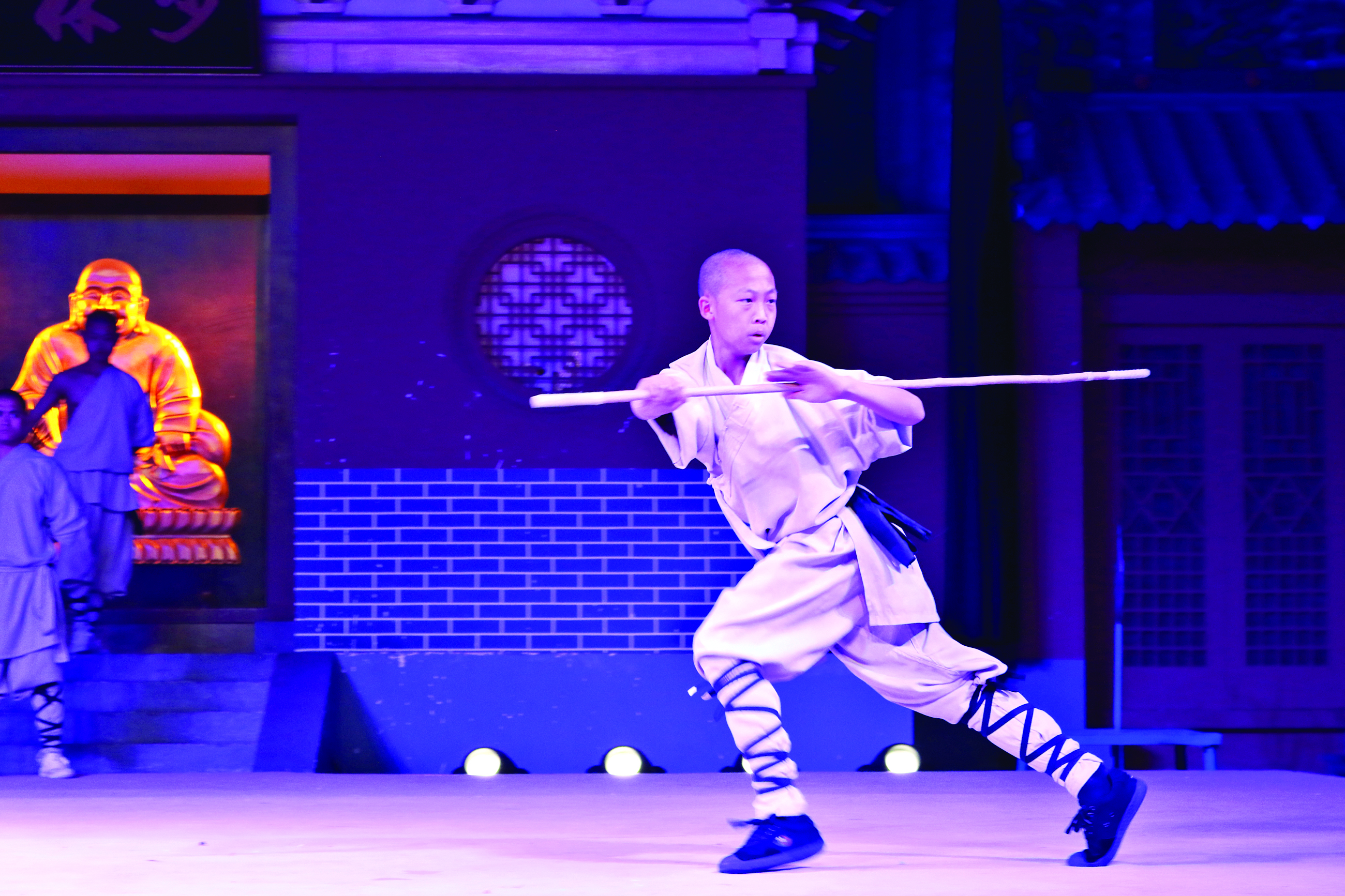 Buddhabhadra was named the first Abbot of the monastery. At the time that Buddhabhadra was preaching Buddhism, thousands of kilometres away, in southern India, lived an Indian prince, Bodhidharma who renounced the world, became a monk and began studying Buddhism with a famous guru, Prajnatara.

Prajnatra told Bodhidharma to go to China after his death and the student followed the master’s instructions. In 527 AD, Bodhidharma reached near the Shaolin Temple, where he went inside a cave and began meditation.

Soon enough, his fame spread to the Shaolin Temple and the monks from the temple began visiting the cave, requesting him to come to the temple and take charge as the master. However, Bodhidharma spent nine years meditating in the cave before he moved to the monastery.

As the new Abbot of the Shaolin monastery, Bodhidharma initiated Chan Buddhism. He also began training his followers in martial arts to allow the monks to defend themselves against attacks by wild animals that roamed the jungles. 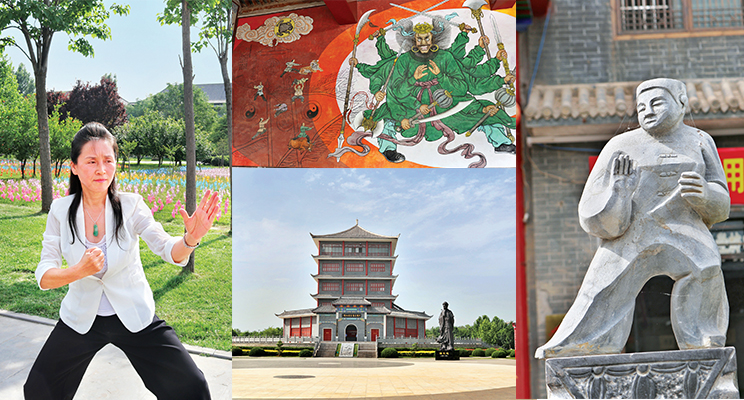 Today, many Chinese and tourists come to pay homage to Bodidharma and Kung Fu has spread from the isolated forests of Shaolin not only throughout China, but indeed across the world.

Tai-Chi, another renowned Chinese martial art, was born on the banks of the famous Yellow River, in Jiaozuo in Henan Province. Today, it is practised by millions of Chinese and others across all age groups. You can spot them in parks, in a group or alone, in many major cities around the world. In a slow, controlled movement, the practitioners lift their arms and legs. They pull and throw energies around to create a harmony between elements. This exercise brings longevity and peace of mind, body and soul. Let’s try this at home tomorrow!

You may also like
5 things to do in Jamaica in 2023
Five places to go scuba diving in Asia
Golf tourism market to grow to USD 40.4 billion by 2033
Busan positions itself as Global MICE Destination
About Post Author
Christine Nayagam
Dr Christine Nayagam is a digital and media entrepreneur. She looks after India Outbound overall strategy. She grew up and lived in many countries around the world and writes in both English and French. She is notably the author of two published books on South Asia. As a passionate traveller she regularly blogs about her experiences too.