Travel diaries from Spain and Portugal 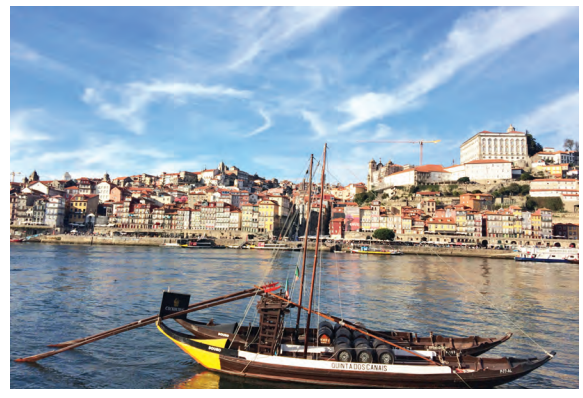 With delicious food and wine, sunny weather and oodles of history, both Spain and Portugal have a lot to offer. While Spain is tried and tested by many, it is Portugal that shines through with a number of unique locations worth a visit.

My search for the perfect destination for my first solo travel to Europe came to an end when I let my love for food and cooking take over – Spain was an obvious choice. While looking up the internet for information, clubbing Portugal was one of the best decisions I made.

I never fancied big cities, but Madrid and Barcelona were always on my list. However, the charm I found at Granada, just five hours bus ride from Madrid; and Seville, another three hours drive from Granada was way beyond the sky scrapers and fast city life. Portugal, on the other hand, was simply amazing!

Granada is a province in Andalusia surrounded by hills. It is a beautiful place with sepia toned city walls and cobble stoned narrow alleys. Moroccan and Islamic influences seen in the architecture and in shops reminded me of the western part of India. The main tourist attraction is Alhambra, where guided tour took me back to the medieval era. Time there, flows leisurely with no hurry and people sit, chat and have a good time sipping Sangria and eating tapas. The setting sun on the white washed walls had a Tuscan feel to it.

I then headed to Seville, the capital city of Andalusia. I checked into a friendly vivacious hostel at the heart of the touristy area near the cathedral. This cathedral is the resting place of Christopher Columbus and is amongst the few things that need to be ticked off while at Seville, other than Plaza de Espana. A small city with orange trees everywhere, it is believed it makes the city smell nice and those juicy oranges jewel the trees like Christmas bulbs.

Food needs a special mention, of course I tried paella, and jamon Iberico de bellota, that’s one of the best tasting cured hams and it was so good that I stuffed my suitcase to bring some back home as well. Seville is synonymous with flamenco, I booked a ticket for a show from the hostel, which didn’t cost me much compared to the experience I had. The strong and intricate foot work, graceful body movements and the high pitched song made me cheer the artists at the top of my voice. After the show was over, I walked backed through the winding narrow lanes that led to my hostel late at night with a smile in the safest city of Spain. Seville was a treat!

Nine hours bus ride and I reach my first stop in Portugal – Lisbon or Lisboa as the locals call it. I felt gloomy after the long bus journey, but the moment I reached the main city area, the vibes were so good… fragrance of the sea and the hostel I checked in, made me feel so happy that I could not wait for the night to get over, so that I could go out the next day.

Next morning, I took a stroll around the hostel area, which was a five-minute walk down to the main square, Praca do Comerico, on the banks of the Tagus River. I booked a day trip to Sintra that started in the afternoon. Sintra is a UNESCO World Heritage site with magical architectures and seems like an influence of the Antoni Gaudí’s creation in Barcelona with a neo-classical touch. A magical winding well at Quinta da Regaleira, the red-yellow Pena Palace and Moorish Castle on the hilltop was nothing less than a picture from my childhood bedtime story books.

After some port wine tasting at a local shop, we drove through a picturesque Portuguese village to reach Cabo da Roca, the western-most tip of Europe. Here, encrypted on a stone cross was the line: ‘This is where the land ends and the ocean begins’. The place was breathtaking with hills dropping down to the deep blue ocean. Our chauffer, who was also a guide, said if I go straight beyond the ocean I will reach New York! So many expeditions were planned here. The white and red light house against the blue sky up above and blue ocean below made a picture post card frame. On the way back we stopped at Belem to have the famous custard tart at Pasteis de Belem, the oldest shop dating back to 1837. If I had another day planned at Lisbon, I would have definitely come back to Belem to spend a day – there is so much to see here.

The next day started with a free walking tour. The guide took us to the oldest railway station from where a train can be taken to reach Sintra. We walked through the historical part of the city observing the Portuguese art deco architecture, the 18th century Foz Palace, Eden Theatre, oldest book store, Pink Street and Lisbon’s oldest cathedral – Sé de Lisboa.

Colourful houses with beautiful walls decorated with tiles, pots of flowers, street art, clothes hanging from the balconies, crimson sky merging with river Tagus at the horizon… my pictures couldn’t do justice to what my heart captured. 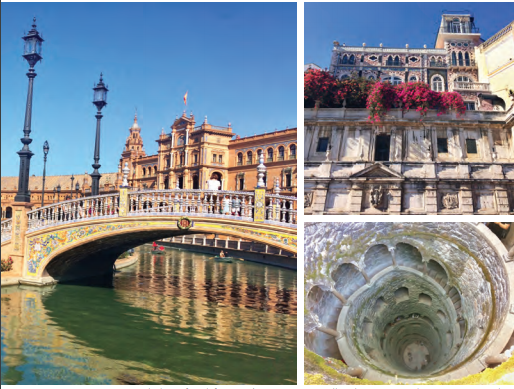 I got a tip from the hostel to have lunch at the best seafood restaurant in town Cervejaria Ramiro and a long wait outside the restaurant felt nothing to the fresh big juicy lobster I had. Then I took a red heritage tram up to Alfama, an old quarter, known for its Moorish heritage and the establishment of Fado, Portugal’s melancholic music. However I regret that I couldn’t spend time at the hilltop, which I would advise to anyone who visits Lisbon. Once the sun was down, I took the heritage Santa Justa Lift to go to the high-rise platform from where I saw the whole city. That was my last day in Lisbon and I ended it with the famous peri peri chicken for dinner and washed it down with Sangria at the hostel.

The next day I left for Porto, my second destination in Portugal. Taking a high-speed train from Lisbon I reached Porto in little less than three hours. After checking in at a hostel near the Clérigos Church, which is a tall bell tower, I went for a stroll. Porto is much smaller compared to Lisbon. The narrow alleyways were similar but the steep walk uphill and down made my legs hurt. I enjoyed the sun setting over the city by the river Douro and retired for the day.

The next morning, on a bright sunny day, I went for a free walking tour. Our guide took us around the city starting from the Sao Bento railway station. Anyone will fall in love with Porto, the city where J K Rowling scribbled notes on napkins of the Majestic Cafe and local markets being the favourite of Anthony Bourdain. Along with that, the Church of Sao Francisco, the popular ‘cream of heaven’ at a local patisserie and the bustling Ribeira Square, make for a worthwhile visit.

I took a port wine tour later in the afternoon. We crossed the Dom Luis I bridge, a modern double-decker bridge designed by Gustave Eiffel’s protégé, and reached Vila Nova de Gaia. The tasting started from the Ramos Pinto museum. We tasted and learnt about types of port wine, went to the wine cellars and ended the tour at a roof top café at Porto Cruz. You will never understand what is in store for you unless you visit this country. Bright sunny weather, sumptuous food and centuries of history await you!