Islands to visit in the Indian Ocean

Resting in the Indian Ocean, these five isles propose much exoticness with their naturally untamed environs, fancy villas, luxurious stays, indulging food and a unification of cultures and traditions. Explore these territories and on them a traveller’s fervour. 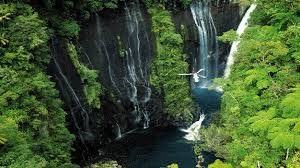 A French overseas department located in the Mascarene Archipelago, Reunion Island is an exotic getaway closer to home. It is perfect getaway for those seeking culturally enriching travels, soothing landscapes, virgin eco-spots, adventure trails. It boasts of an amalgamation of European, African and Asian cultures that are prevalent in the local life here. With its many protected and preserved spots, it is classified among 34 biodiversity hotspots from around the world; its peaks, cirques and ramparts are classified as UNESCO world heritage sites. The ‘Pito Maido’, a view point on the west of the island, is one of the most visited tourist spots there. The ‘Pito de la Fournaise’, an active volcano, is another major attraction. Indians can look forward to curry based dishes prepared using Indian spices but also exotic recipes from France, Africa, Madagascar and even China. 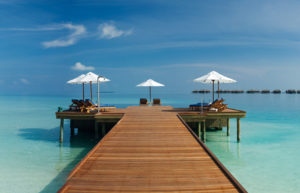 Not just exotic, visiting the Conard Rangali Island in Maldives makes for a rather unique experience. It is two holidays in one, after all! Although a singular name, the Conard Rangali Islands is actually two islands in one. The larger of the two is where the beach villas are, along with a line of restaurants along the bay. The over-water villas, which are traditional, wooden huts standing on stilts, are on the smaller island which is just a bridge across. From outdoor rainforest showers to villas with floor to ceiling glass walls, the island offers luxuriously creative travel experiences. The eateries here include fish restaurants, noodle bars and Japanese grills, and the world famous underwater restaurant, Ithaa, serves a 270-degree panoramic view of the azure waters and marine life of Maldives. 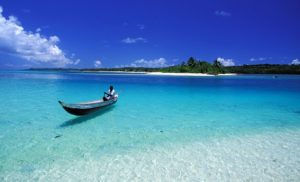 The Republic of Madagascar is the fourth largest island in the world and a biodiversity hotspot. Around 90 pc of its wildlife is found nowhere else in the world, making it a unique island destination. But, it’s less luxury and more of pull-up-your-socks and get-set-go style spot. It is here after all, one can marvel at some of the most exotic creatures on the planet. Its fresh water rivers and lakes are home to about 150 species of fish and its environs are dominated by terrestrial snails, scarab beetles, butterflies and dragonflies. No wonder that the tourism here targets an eco-tourism centric market. With some infrastructure developments in recent years, commuting has become comparatively easier between six of its largest regional towns. Food options here remain traditional with several non-vegetarian options on the platter served along with rice and veggies. Vegetarians can overlook the menus and order only greens.  Traditional drinks and wines are hot favourites too. 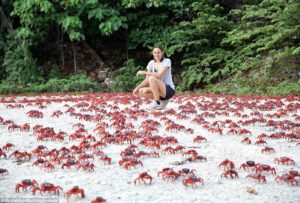 There are more things that indicate ‘red’ on the Christmas Island than just its name. Its crabs! The island is famous for the annual migration of red land crabs, which march on its land during the months of November and December. The Australian island is every bit a tropical paradise, offering to travellers the wonders of nature and various indulging activities. While activities like snorkelling, diving and even bird watching are popular here, a visit to the Christmas Island National Park is the highlight. The food here too is a highlight for tourists, who can expect a combination of traditional Australian and Asian cuisine. 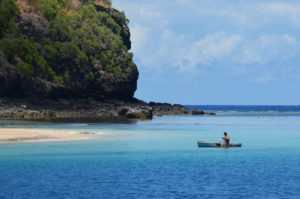 With a wide expanse of its environs still untapped and untamed, it’s a raw treat. Dotted with a huge line of beaches, coconuts aplenty, fresh air, dolphins and whales, Moheli is a tropical delight. Also known as Mwali, it is one of the four islands that compose Comoros archipelago. With a rich history, it is a delight for the ones looking for some cultural exposure. Get ready to witness some African and Arabian infusion of traditions and customs. This naturally wrapped paradise is a haven for food lovers as celebrations here mean eating big.