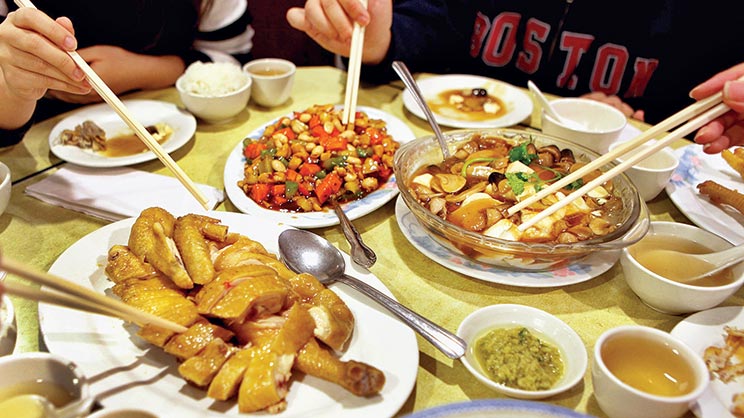 You learned to use the chopsticks, you checked out the local cuisine, in fact you have a taste for it, yet you land in a new country and are at a loss when eating their local food. You promise yourself that never again will you travel to a country without researching their proper dinner table etiquette and food consumption culture. To that end, India Outbound shines light on the norms of food consumption in three east-Asian nations.

In a country where chopsticks are not in any way part of the traditional mode of consuming food, eating with them has somehow percolated through the gastronomic scene in India. For some it is a style statement, while others started using them to imitate their favourite pop culture characters. Then there are those for whom it is just a way of respecting another culture and consuming different cuisines in the most authentic way possible.

“When I was growing up, I saw my father using chopsticks whenever we had Chinese food. It seemed like a proper way of going about things, and also a skill that was likely to come handy in the future,” says Hiya Mukherjee, a Class XI student from Kolkata. While her father Priyam Biswas, CEO, Genesis Hospital in Kolkata adds, “I eat Chinese food with chopsticks because that’s the authentic way to eat. It not only allows my taste buds to experience every element of the dishes but also helps me digest the food faster than usual.”

The authentic way of eating east-Asian food goes beyond using chopsticks. Here, we look at the rules and customs attached to consuming food in three east-Asian countries where chopsticks are the predominant mode of consumption. So the next time you are in Japan, South Korea or China, you won’t make a faux pas at the dinner table! 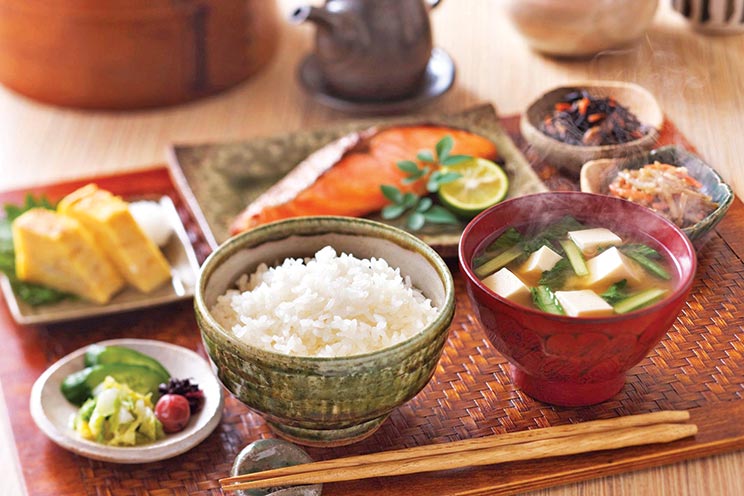 Let’s start with Japan as the norms regarding food etiquette seem to be on the heavier side here, but a number of them are similar to the ones adopted in South Korea (not so much in China).

Since sushi is the most famous culinary export from Japan, there are a number of rules attached to its consumption that we flout consistently. For example, the order of consumption – in Japan for proper etiquette, you will want to start with whitefish and lighter tasting fish, and follow with richer, more oily items – sashimi first, white, silver, red, salmon or salmon roe, fattiest fish last, the egg as dessert and finish with light maki.

The horrid mixing of wasabi in soy sauce that a number of sushi lovers imbibe in, is completely disrespectful in Japan. The sushi there comes with a drop of wasabi, the right amount of that is decided by the chef depending on the type of fish and the amount of rice. The soy sauce should be used sparingly as it should not over power the taste of the fish. If you really want to dunk in the sauce, use the fish-side so that the sauce doesn’t disintegrate the rice. Have the ginger in between different kinds of fish to cleanse the palate and not together with the sushi. One nice thing about sushi that people tend to overlook is that it is completely okay to have it with your hands and forego the chopsticks altogether. In fact, a lot of sushi chefs point out that picking it up with finger and consuming it in one go is the way sushi was meant to be consumed. This is why restaurants provide customers with a hot towel known as oshibori to clean their hands before eating.

Finishing what you order is another important aspect as leaving food on the table is not only wastage, but is also frowned upon. A clean plate is a sign of appreciation.

Another sign of appreciation is slurping! In Japan, slurping noodles is a sign that the dish is good and you are enjoying the preparation. Lastly, you say itadakimasu (I gratefully receive) before eating and gochisosama (thank you for the meal) after finishing the meal. Restaurant tip: First the good news – in Japan, the culture of tipping does not exist when visiting a restaurant. Although nowadays high-end restaurants might expect a nominal tip, but largely the culture of tipping is non-existant.

The bad news is that when visiting Japanese pubs or izakayas, something called otoshi or tsukidashi is served. After placing your order, this small snack is provided. Some people say that it is a sign that the first order was taken, while others say it just gives customers something to eat while waiting for the rest of their food to arrive. Otoshi is usually served without you asking for it but is added to your bill. This has led to many travellers feeling like they have been ripped off, when it is a simple custom that is followed by most izakayas and is thus worth remembering. 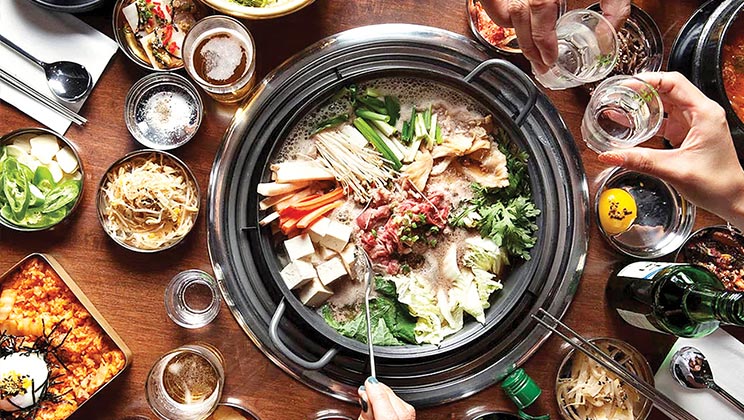 When in South Korea, it is important to wait for the oldest person to sit down first before you take a seat at the table. You should also wait for the oldest person to lift their spoon or chopsticks first before you start eating. Just like Japan, in S Korea also, before you eat, especially at someone’s home, it’s polite to say that you are looking forward to the meal. In Korean, people say jalmukesumneda (I will eat well).

During the meal, don’t hold the bowl of soup or rice (as you might do in China or Japan). In S Korea, bowls are left on the table while eating. S Korean meals have many communal side dishes, so make sure that you take enough for yourself while ensuring there’s enough for others. Try not to touch food if you don’t intend to eat it.

According to Mandira Mukherjee, a businesswoman based in India who recently went on a back-to-back trip to Japan and S Korea, a major difference between the two cultures’ style of eating is that, “Koreans talk a lot while eating, whereas the Japanese do not, at least not in restaurants.” She also added that in Japan, walking and eating is something that people avoid. In S Korea, with numerous street food stalls at every corner, walking and eating is pretty common.

In S Korea you also have the comfort of using a spoon for rice as opposed to using the chopsticks, but do not leave any trace of food on the spoon while eating. Also, you should not hold the spoon and the chopsticks in one hand; when using chopsticks, place the spoon on the table. It is important to eat at a similar pace as everyone else so as to make the meal more communal. Try to keep pace with others by eating not too fast or too slow. When having a meal with the elderly, wait for them to put the spoon and chopsticks on the table at the end of the meal. Don’t lay your chopsticks on the table. Instead, rest the end that goes in your mouth against your plate. The food-end of your chopsticks should not touch the table, it indicates that you’ve finished eating.

In S Korea also, tipping is not common, but remember that if you invite people for a meal then you are the one who has to foot the bill.

One of the main differences between table manners in Japan and S Korea vs China is that in China it is common to lift the bowl to your face to consume rice. Here, you should pick up your bowl with your thumb on the mouth of the bowl, first finger, middle finger the third finger supporting the bottom of the bowl and palm empty. Pouring tea before or after a meal is common in China and when someone pours tea, you can tap with two fingers to show appreciation.

In all three of these nations, sometimes meal consists of a whole fish, which has to be deftly dissected and consumed with chopsticks, which in itself is a challenge, and to add to that you cannot flip the fish. Instead you have to finish one side first and then skilfully move the bones to the edge, and continue with the bottom half. Unlike the ‘clean your plate’ culture in Japan and S Korea, in China if there aren’t any leftovers, your host will assume you’re still hungry, which is the case in Taiwan as well.

The rules with chopsticks tend to get tedious as there are many dos and don’ts. But they tend to be similar through Japan, S Korea and China. (Refer to chart on page 56) While these rules might seem daunting, most of them make sense from a hygienic point of few while others are actions you would not do in any case. It is a matter of practice and paying attention to your surroundings while visiting a new country, so you come back with a wholesome experience.