A Vegetarian’s Survival in Spain 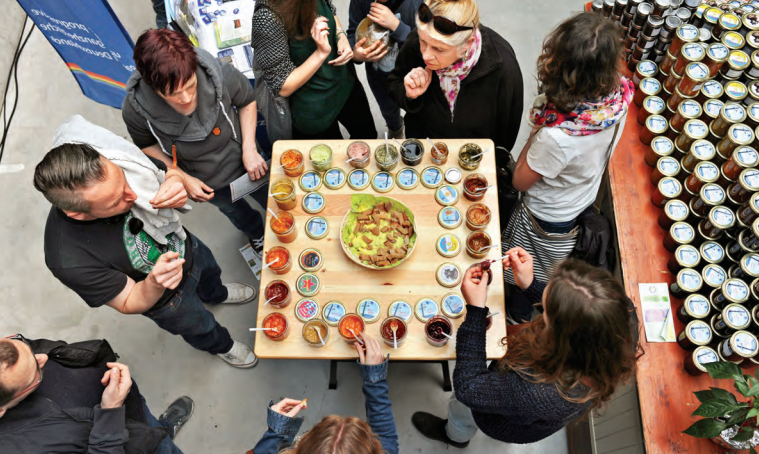 Being a vegetarian in a ham-loving country is challenging. These hacks will not just help you survive, but also savour the gastronomic experience that is Spain.

Being a vegetarian in Spain is probably stranger than being an expat in a new country where you don’t know the language. It gets stranger when in a restaurant you try to explain to the genuinely-distressed camarero (waiter) that by vegetarian you mean you don’t even eat fish. Add to that the absurd Spanish meal times that can throw anybody’s eating routine out of the window and soon you find yourself surviving on a not-so-healthy dose of pizza, bread and cheese.

Food is an integral part of Spanish culture. Family get-togethers, friends catching up, colleagues bonding outside work, fans thronging locals pubs after a scintillating football match — nothing is complete without a hearty meal and a round of drinks. And when it comes to food, Spaniards are spoilt for choice. Depending on the part of the country you are in, you could spend hours tasting an incredible variety of pintxos (or tapas), savouring the world-famous Iberian cured ham, polishing off the last grain of rice from the giant paella dish, or munching down the delectable seafood specialities.

Experiencing food in Spain is a way of experiencing the local life. Most of the socialisation takes place in local tapas bars or spills out on the plazas, with people of all ages chatting away with a caña (small glass of beer), bowls of pipas (sunflower seeds), and several rounds of tapas. Or in supermercados (fresh fruits and vegetables supermarkets), while haggling over prices of meat, fish and vegetables. It is natural then, as a vegetarian, to feel completely out of place. But there are ways to be a part of the fiesta. “It isn’t hard to survive as a vegetarian in Spain because most of our dishes have bases of vegetables, fruits, nuts and legumes and these common ingredients can be found anywhere in Spain. It can be complicated when eating out, depending on the region where you live, but fortunately, in the last three years, veganism in Spain has undergone amazing growth,” says popular vegan blogger Jenny Rodríguez (recetasveganas.net), who works as a graphic designer in Barcelona.

However, Spain is still several steps behind other European nations such as Germany or France in adopting vegetarianism and indeed, vegans occupy an even lesser percentage in the society. But thanks to a rising number of successful vegan/raw fruits/vegetarian festivals across the country, the situation is changing. At the same time, a number of Spaniards have adopted vegetarianism and veganism, forcing chefs to evolve with the changing needs of their customers and environment. The number of vegan cookbooks available in bookshops is an unusual but very significant indicator of the industry’s enormous growth. From just 12 books on veganism on the shelves in 2011 to 119 in 2015 — the lifestyle is clearly on the rise. According to online resource HappyCow, there are now nearly 900 vegan or vegetarians restaurants in Spain, including on the islands. From local cafeterias to Michelin star restaurants, they might serve different dishes and cater to different budgets, but the veganism wave is here to stay.

Vegan fests: Eat, drink and party your way to a healthier lifestyle

Vegan festivals are a unique way to meet like-minded people, discover local produce and of course, eat hearty vegetarian dishes. “Any and all vegan events are necessary. The point of these festivals is the synergy created with people, vegan or not. Vegan fests are like a gateway to a world that many people are unaware of,” says Laura Jiménez, 33, who co-founded Spain’s most popular vegan festival, Vegan Fest Alicante, in 2014, along with Paco and Dani, who belong to a musical association called Alacant Rock. The three decided to start a festival around healthier lifestyle choices, protection of animals and music concerts. The result: the first edition of the fest attracted 5,000 people from across the country and now it is an annual affair.

The festival, held in the port city of Alicante, Spain’s south-eastern Costa Blanca, is a melting pot of health professionals, nutritionists, athletes, activists and even veterinarians from across the country. There are cooking workshops for those who find cooking vegan food difficult. Documentaries, activities for children, lectures for parents, music, dance and most importantly, food stalls and ingredients shops make this festival a heaven for vegetarian souls. “In Spain, we are surrounded by hunting, bullfighting, circuses with animals, abandonment of dogs and cats; but it is gratifying to see that every day more and more people are taking to the streets against animal abuse. In just a few years, veganism has grown considerably, and you can now see more vegan businesses, both restaurants and shops,” says Jiménez.

The past one year also saw one of the biggest congregations of vegans in the world in Spain. VeggieWorld, Europe’s oldest and largest fair dedicated to the vegan lifestyle, took place in Barcelona in April this year, with nearly 90,000 people flocking to its food stalls, conferences, seminars and cooking workshops. “Meat eaters may not even know what incredible possibilities the vegan cuisine offers. This is precisely our approach — not persuade, but convince,” says Hendrik Schellkes, CEO and co-owner of Germany-based company Wellfairs, which started VeggieWorld.

In fact, Barcelona’s interest in promoting veganism is so high that last year, it declared itself ‘veg-friendly, friend of vegan and vegetarian culture’ after one of the city’s left-wing parties brought the proposal to City Hall. This has resulted in several concrete steps to help vegetarian and vegan travellers who visit the city. “It is wonderful to be a vegan now because there are dozens of options in terms of vegan restaurants and supermarkets. The fact that Barcelona was declared a ‘veggie-friendly city’ and even hosted VeggieWorld in an old bull ring is just evidence of how Spaniards are changing their habits,” says 22-year-old vegan blogger Rodríguez.

The title ‘veggie-friendly’ will include several concrete steps to help vegetarian and vegan visitors to Barcelona, as well as encourage residents to embrace a meat-free diet – at least once a week.

Tapas make for the tastiest part of the Spanish cuisine. They are small, bite-size snacks or appetisers, hot or cold, and are usually served with drinks. “¡Vamos a tapear!” (let’s go for tapas) is a call for all friends to gather and enjoy food, drinks and each others’ companies. In fact, it is the most practised Spanish tradition, found everywhere from small villages to bustling cities. While the lion’s chunk of these tapas belong to the meat eaters, there are a few vegetarian tapas that are found almost everywhere and can save your night out.

Madrid, Barcelona, San Sebastian, Bilbao and many more Spanish cities are at the forefront of innovation when it comes to food. The talented chefs in various restaurants across the country are creating bold trends, which include veganism. Vegan and vegetarian friendly restaurants are fast popping up in the main cities of the country, with smaller towns beginning to follow suit. In Madrid, animal rights activism, vegan drives and environmental campaigns have resulted in a large population of non-meat eaters, which has forced even regular restaurants to include a variety of vegetarian dishes in their menu. 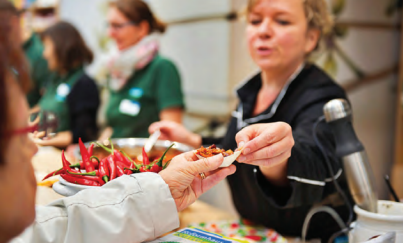 Spanish Tortilla: a lifesaver while travelling

Spanish Tortilla: a lifesaver while travelling

The most delicious and the most versatile dish in the Spanish cuisine has to be the humble tortilla de patatas — Spanish omelette made with eggs, potatoes and sometimes, onions. Usually eaten in between two loaves of breads like a sandwich, tortilla is a life-saver for any vegetarian, especially when travelling to smaller cities or villages of Spain. Needless to say, the more remote the town, the less chances of finding vegetarian food. But a tortilla can be found in any restaurant, cafeteria or local bar, where it’s usually prepared in large quantities throughout the day. It can be eaten at any time of the day, hot or cold, with or without bread. It is unfortunate that vegans cannot relish this dish. But, blogger Rodríguez found a vegan version of the dish, which tastes just as delicious and is ridiculously simple to make. Test your Spanish cooking skills with her recipe:

A glass of water

A pinch of salt

1. Peel and cut the potatoes into cubes or slices, add a pinch of salt and fry in the pan with a little oil. Chop and add the onion to the frying potatoes.

2. While the potatoes and onion are frying, mix 5 tablespoons of chickpea flour in a bowl with a glass of water. Add a pinch of salt and mix well until you get a liquid mixture.

3. Once fried, add the potatoes and the onion with the chickpea flour and add the mixture it to the frying pan.

4. Flip after a few minutes to cook the other side. 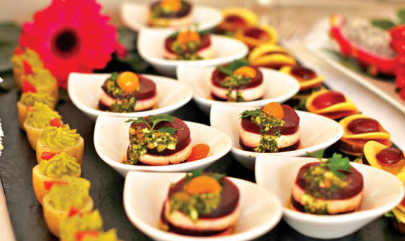 The Spaniards love their meat. So much so that they usually consider fish, especially tuna, to be vegetarian. To avoid any confusion, here are some keywords that can help you order in a safe, meatless way:

Yo soy vegano (for males)/a (for females) I am vegan

¿Me recomiendas algo rico por favor? Can you recommend me something tasty please?

Yo no puedo comer… I can’t eat…

Yo puedo comer… I can eat…