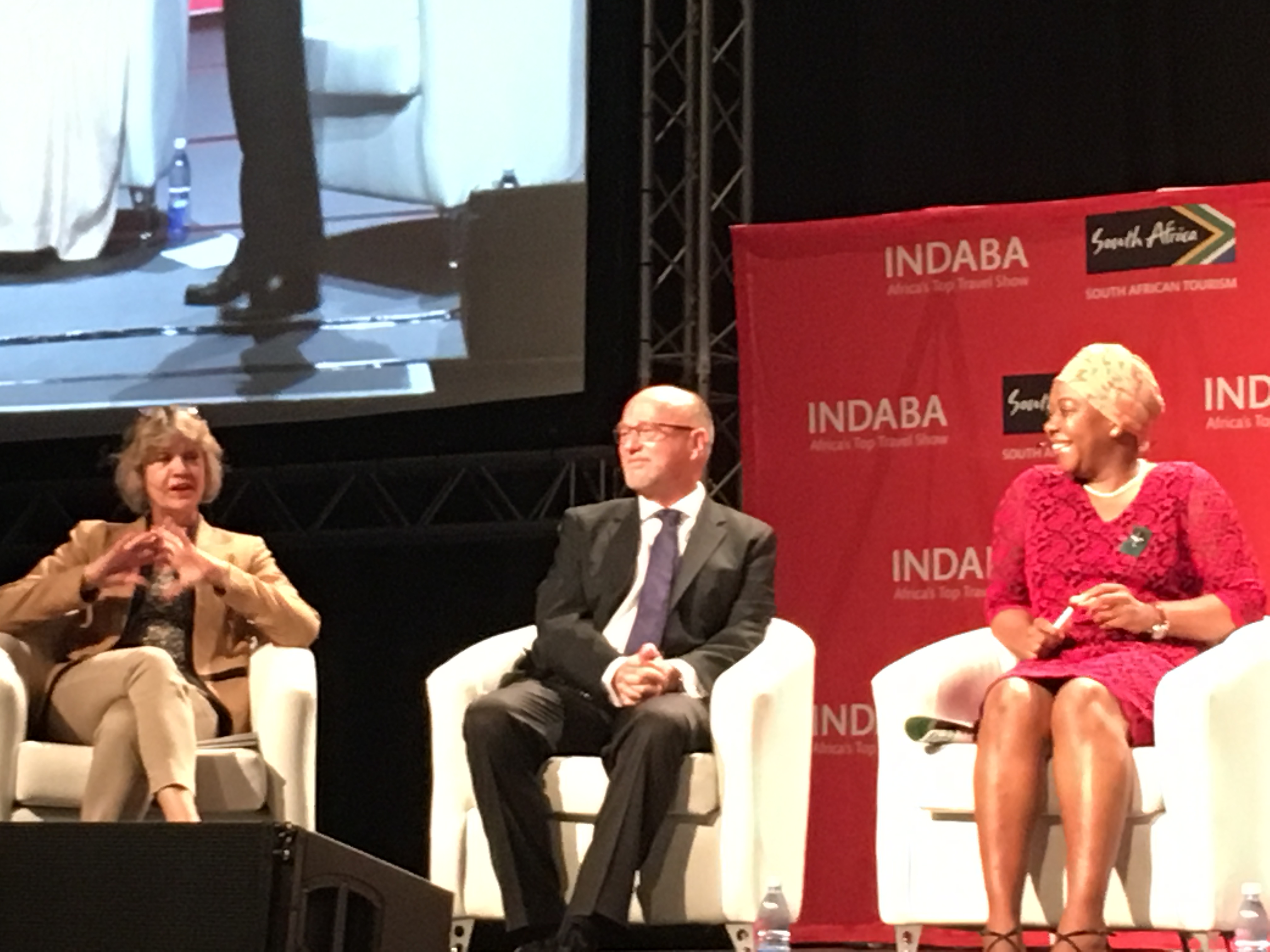 INDABA has positioned itself as the largest tourism fair in Africa

South Africa has identified India as a key focus market for boosting tourism and will shortly launch an aggressive campaign to attract Indian tourists.

South Africa’s Minister of Tourism, Derek Hanekom, announced this at the INDABA tourism fair organised in Durban. He said that the country had received more than 80,000 Indian tourists last year and his ministry planned to consecrate to India a significant part of its total advertising budget of nearly USD 8 million this year, with the objective of boosting significantly the arrivals from India.

‘‘India has a huge potential and our challenge is to see what is needed in order for this market to grow and for us to get a fair share of the huge pool of Indian travellers. Indian travellers feel very much at home in South Africa as we have a very large population of people of Indian origin, especially here in Durban. Mahatma Gandhi had also lived here in Durban. Here, it’s just like in India we have different cultures and different religions and everyone lives in harmony with each other,’’ Hanekom told Media India Group.

INDABA, which means gathering in Zulu, has positioned itself as the largest tourism fair in the African continent and attracts participation from all African countries which come to display their new products and services, as tourism is an essential sector for creating employment as well as economic growth in the least developed continent in the world.

‘‘The safari experience is certainly one of the key selling point of Africa. We don’t have the Taj Mahal or some of these incredible sites that you have in India but here in South Africa, you can be guaranteed to see the Big 5 (Lions, Elephants, Rhinos, Buffaloes and Leopards) in just one, single safari!’’ says Hanekom.

Tourism to South Africa and other African countries was hit severely due to fears arising from the fresh outbreak of Ebola epidemic in West African nations of Liberia, Sierre Leone and Guinea. The market has begun to show signs of recovery, now that the outbreak has subsided. But Minister Hanekom takes pains to explain that tourists fears were misplaced about contracting the virus in South Africa. ‘‘In fact, Europeans were much closer to where Ebola was happening than we were in South Africa,’’ Hanekom said.

Besides a subsiding Ebola, Hanekom has also placed his hopes on boosting tremendously arrivals from India on the ease of visa regulations for Indians visiting South Africa. The previously strict visa regulations from India were relaxed in April after Hanekom’s visit to India. ‘‘The problem is that our consulate and embassies had difficulties in answering and handling the visa demands during the peak travel season in India and it often took up to three weeks for delivering visas and that is simply too long. So the target is to get more people there to facilitate the visa applications. I am convinced that if we manage to make the visa easier we can double the numbers in a couple of years,’’ explained Hanekom. For many Indians, the country is also perceived as an elite and expensive destination just like European countries, but in the recent months a weakening Rand has allowed more Indians to visit and spend, not only as FITs but also group series.

An other peculiarity of the Indian travellers is that they like to visit several countries on a trip and while in Europe and North America, it is simpler due to visa-free travel between nations, it is still a challenge in Africa. However, this very point was a focus of discussions at the INDABA this year and various African countries have begun looking at how to facilitate such seamless travel in Africa. But Hanekom admits that security issues and instability in some African nations remain an important barrier.

‘‘I guess you have to beware of pickpockets anywhere in the world ! Having worked in India for the past 5 years, I can tell you that Indians visiting South Africa enjoy adventure and activities and they buy triple the amount of activities than any other nations. As we entered the market we needed to deal with such misconceptions about safety in South Africa. Adventure is our best seller in South Africa and I can tell you for example that Indian women are actually leading in terms of numbers and they like the country and felt safe!’’ explains Hanneli Slabber, country manager of South Africa Tourism in India.

‘‘Food was also an other concern, there are a lot of vegetarian options here including vegan and Jain food and you will also find a lot of Indian restaurants. Our cuisine is influenced by Indian curries as well and a lot of South Africans, not necessarily of Indian origin, can cook good Indian cuisine!’’ adds Slabber.

While tourism from India to South Africa may be growing and the potential to grow it much more may exist, there are also challenges and it will take at least a few years before South Africa and the entire continent recovers from the scars left by Ebola. In another blow to tourism from India, the national carrier, South African Airways, facing a shortage of aircraft, stopped the only direct flights from India (Mumbai) to South Africa, forcing Indian tourists to go for alternatives like Emirates or Qatar.

You may also like
Middle East airports dominate global airports in Oct 2021-Sep 2022
Cross Hotels & Resorts gets Net-Zero Certification
Rekindling festive spirit at Swiss Christmas markets
Emirates to start double daily direct flights to Colombo
About Post Author
Christine Nayagam
Dr Christine Nayagam is a digital and media entrepreneur. She looks after India Outbound overall strategy. She grew up and lived in many countries around the world and writes in both English and French. She is notably the author of two published books on South Asia. As a passionate traveller she regularly blogs about her experiences too.