“Perfect Time to Focus on India” 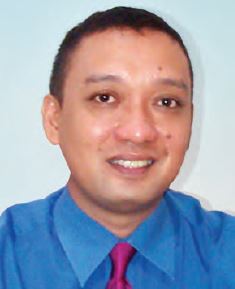 With lack of direct flights from India to Indonesia becoming a major roadblock for the airline’s growth in the Indian market, the future is yet to unfold in the coming months.

As far as the connectivity is concerned, it’s huge. We have 44 flights daily to Denpasar airport (Bali), out of which 12 are international and the remaining are domestic. All these flights connect to almost all the tourism places. The packages are in combination with the connectivity and are in line with our programmes of 2016 to improve the number of tourists, which last year was around 260,000. Garuda Indonesia is one of the seven five-star airlines in the world.

Apart from Bali and Jakarta, do you have any other international gateways?

Other then Bali and Jakarta we have Surabaya and soon we will have Medan as well. In total we have around four international gateways to Indonesia.

Garuda is in talks to start direct flights from India to Indonesia, what is the status?

At the moment I cannot divulge details on this aspect but yes, things are in progress and we are hoping that something will happen soon. Currently, India is our main focus because it is showing tremendous growth after China. So we want to do the same thing we did with China but there are a few obstacles and we are trying to fix these problems.

Most of the times it’s in the news – there are always some promises from the consulate general. So let the big news break and when we are ready we will make the announcement.

Ministry of Tourism, Indonesia emphasises on how much the country has to offer as a tourist destination to Indian travellers. What role you think an airline plays in promoting a destination?

Airline is definitely an important part, it does play a role, however, an airline also has a lot of processes and permits to look after. And then the first and foremost concern is the filling up of the seats in the aircraft. So coming back to the relationship and partnership we need a lot of support from the travel industry of India to be able to give Garuda the confidence to take that flight.

What had kept you away from India until now?

We have been operating offline since the last three years. Earlier we were focussing on China, however, India has grown by 35-40 pc every year for the past three years. So these are good reasons for Garuda to now focus on India.

Travel industry is really counting on us to fly direct. So the sooner, the better it will be for all the stakeholders. The ministry of tourism has set a target of 350,000 Indian arrivals this year to Indonesia. If the flights start early, say in August, the target can be achieved, thanks to the grounds laid by the travel industry of engaging some of the big corporates. These corporates already have a line up of close to about 100,000 people willing to come to Indonesia until the months of October and November. Hence with direct flights we can easily reach a growth rate of 40-50 pc as compared to 35-40 of last year.

Which aircraft do you plan to fly from India if things fall into place?

Initially, we plan to use the Airbus as we already have a new aircraft but yes everything is in progress. We hope we can fly it as early as possible.

What kind of food you plan to have on the direct flights once operational?

Currently I can’t elaborate on that but definitely we will focus on the market we are operating from.