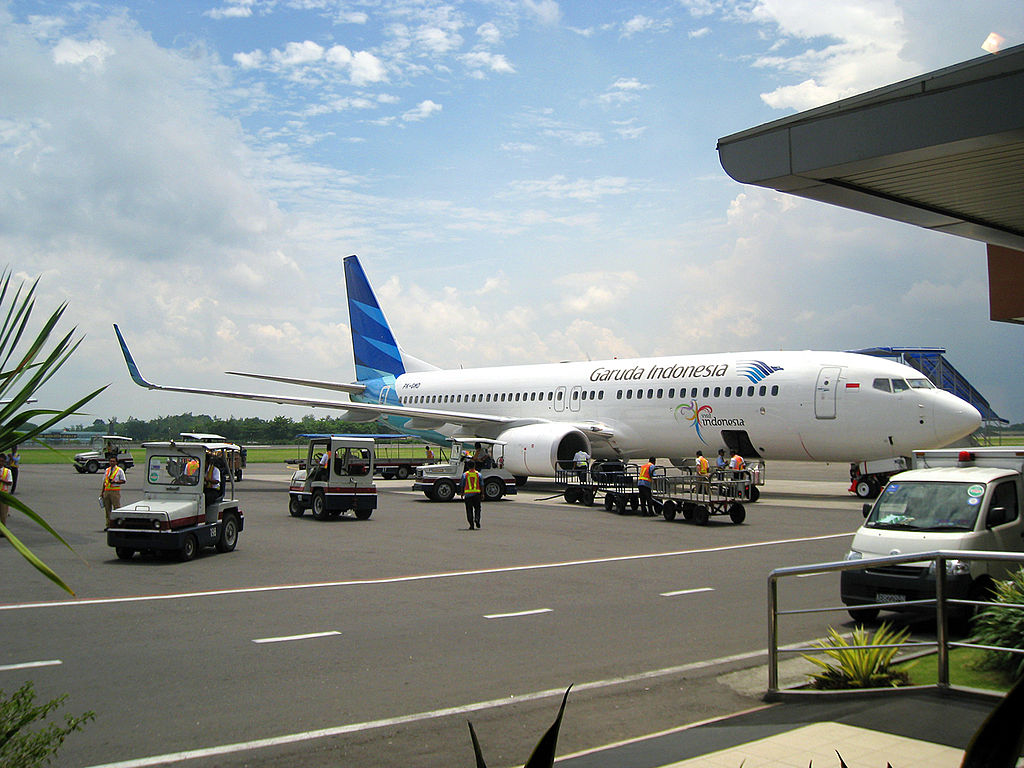 Indonesia’s national airline, Garuda Indonesia, announced its entry into the world’s fastest growing aviation market with a tri-weekly flight to the Mumbai from its headquarters in Jakarta via Bangkok.

“We are optimistic Mumbai is a promising market for us,” said Garuda Indonesia president director, M Arif Wibowo, during a welcoming ceremony at Chhatrapati Shivaji International Airport in Mumbai.

The Jakarta-bound service will run on Mondays, Wednesdays and Fridays and will be operated by Garuda’s state-of-the-art 162-seater, Boeing 737-800 aircraft with a two-class cabin configuration featuring its globally praised Business Class service concept, and the World’s Best Economy Class (Skytrax Global Airline Awards 2013). The airline also received the World’s Best Cabin Crew award by Skytrax for three consecutive years (2014, 2015 & 2016). In 2016, Garuda Indonesia is bestowed with the World’s Most Loved Airline Award by Skytrax, in recognition of the outstanding services being rendered by the airline, globally.

To celebrate the launch, Garuda Indonesia is running a special return promotional fare valid for travel from February 1 until March 31, 2017. Fares are available for sale with immediate effect till the February 28, 2017.

The entry to Mumbai is part of the airline’s international network development programme, as well as manifests its commitment to continuously support Indonesia’s programme to double the number of international tourists visiting the country by 2019. Indonesia is currently one of the largest markets to India with 350,000 people travelling to the region on both business and leisure.