Botswana: Footsteps of No. 1 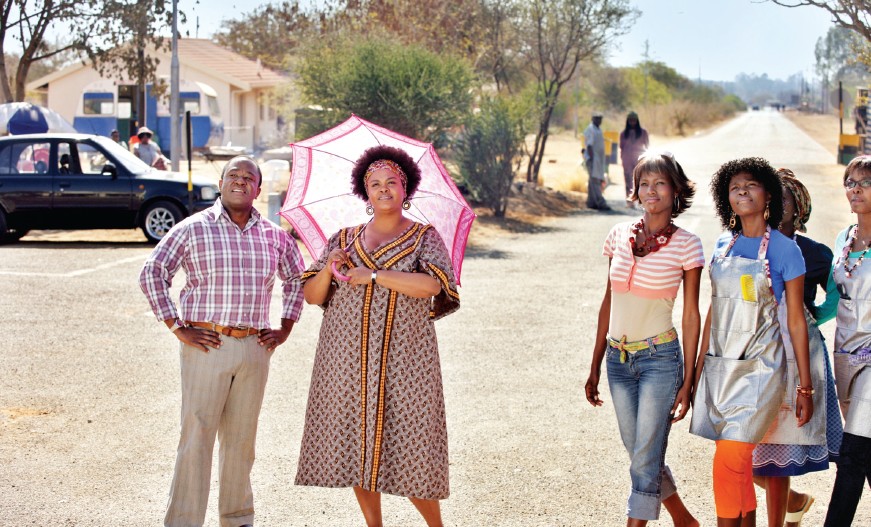 Introducing a novelty in tourism, a tour carved around the locations of television adaptation of the book The No. 1 Ladies Detective Agency, aims on celebrating the culture and people of Botswana.

The excitement of walking through the same doors as your favourite character from a book, transformed into a film or a series, is inexplicable. Harry Potter studio and film location tour in London, for instance, drew immense attention of fans. Such novelties add to the excitement of the visitors with specific interests. A similar tour in Botswana takes one to the life of Ramotswe through a tour operated at the shooting locations of the television series The No. 1 Ladies Detective Agency (2008). Based on the series of novels of the same name written by the Scottish author Alexander McCall Smith in 1998, the book revolves around the first woman detective of Botswana, Precious Ramotswe, in the capital city of Gaborone. The other two main characters are Grace Makutsi, the agency’s secretary and Ramotswe’s assistant; and J L B Matekoni, mechanic and proprietor of Tlokweng Road Speedy Motors, Ramotswe’s suitor and eventual husband.The culture of the characters plays a principal role in the development of the plot of this anthropological detective fiction.

The book was transformed into a television comedy-drama series in 2008, produced by BBC in conjunction with HBO, an American satellite television network. It was filmed in the real location of Botswana, as in the book, and was seen as one of the first major television productions to be undertaken in the country. As the television series picked up popularity among the fans of the novels, Botswana tourism benefitted from the film and preserved the set ‘Kgalewood’ as a part of a tour of Gaborone. Tim Race, the founder of the tour operating company African Insight, taking a lead designed the The No.1 Ladies Detective Agency tours that has become a key component of tour operators’ itineraries in Botswana. 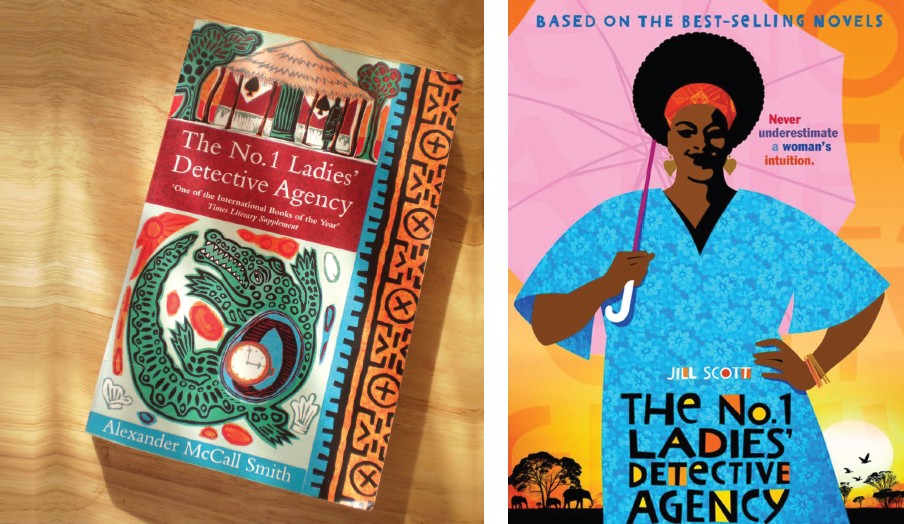 The No.1 Ladies’ Detective Agency , a series of novels based in Botswana by Alexander McCall Smith, was transformed into a television serial in 2008 by BBC

The trail begins outside the house of Ramotswe. One of the characteristics of McCall Smith, who was involved in the production of the series, is how he blends reality with the fiction of his books. The house he chose for Ramotswe’s home, therefore, is that of his friends, although the address actually is Zebra way as against to Zebra Drive mentioned in the book. Those who follow the series cant help but imagine Ramotswe sitting in her veranda after a hard day of crimesolving, awaiting a call from Matekoni. The tour next takes one to Mochudi, a village at 45 minutes drive away from Gaborone, where Ramotswe grew up in the house of her father Obed Ramotswe. This village is enroute the railway tracks at Pilane where Ramotswe’s mother died on being hit by the train, an incident ‘that had been the shadow across her life’.

The village has a thatched building opened to air from all the four sides called kgotla, where the village chief and elders hold court over local matters. Across this stands kraal where the cattle are penned and burial place for two local Bakgatla chiefs. Behind this is a Dutch reformed church where young Ramotswe walked the aisle to be in the arms of good looking, yet ultimately unreliable, Note Motoki, much before Matekoni had entered her life.

On the hill overlooking Mochudi is a school, now turned into a museum, that Ramotswe would have attended. The school turned museum sustains off the success of the books and celebrates the local Bakgatla culture, revealing the stories of their settlement in the region. It also offers souvenirs in the form of local artworks.

Back in Gaborone is Botswana Book Store, the favourite shop of Ramotswe where one could also collect a book or two from the series. The terrace of the President Hotel, overlooking the market square, is one of the favourite haunts of the detective as well. One should have the privilege of having the redbush tea, as Ramotswe did.

The tour includes multiple places referencing The No.1 Ladies Detective Agency, occasionally from author’s real life acquaintances, in and around Gaborone. Past the Old Defence Club, for instance, is Matekoni’s house, another real location that belonged to friends of the author. With such references that blends the reality and fiction, the author took a responsibility to fashion the country with a complete authenticity. Sharing the responsibility of the author and taking it to the next level, the tour aims not only on showing the places, but also introducing the travellers to to the land, culture, history, and people of Botswana.