Whether looking to pacify a need for adrenaline-pumping activities, to appease a mind hungry for classical heritage, or a gourmand belly, the island of Sicily in southern Italy tempts the visitors with its diverse landscapes – from sea to mountains to volcanoes – and cultural, artistic and architectural marvels. 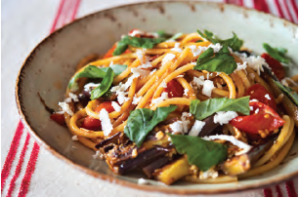 The aficionados of pasta have come home. The historic and iconic pasta alla norma, a sumptuous vegetarian dish, mixing aubergines, tomato sauce and ricotta salata, can be enjoyed at its best in the youthful city of Catania. Spend an evening in the Trattoria Catania Ruffiana restaurant, known especially for its selection of pastas, incorporating porcini mushrooms, asparagus, and shrimps, all in right proportions. Complement your meal with a good wine. Those looking to savour sea food may head to restaurants surrounding La Pescheria, Catania’s open-air fish market, where one can try dishes like cuscusu, Sicilian version of couscous with fresh seafood, or pesce spada, swordfish rolls filled with raisins and pine nuts. Daring ones may try Jaw, a dish where the jaw of an animal is cooked for hours, leaving tender meat, served with lemon and salt. 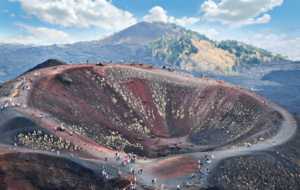 Watch a volcano light up – the sky

A little off the north coast of Sicily is the island of Stromboli, known for its spectacular volcanic eruptions, spewing molten lavas and offering enchanting smoking silhouettes. Active since the 1930s, the volcanic activities are easily visible from a distance, and are so frequent that they are also often called the Lighthouse of the Mediterranean. The island receives hundreds of awed faces, out on a day trip to enjoy the black beaches and the astonishing geological formations resulting from the eruptions, such as the horseshoe shaped depression, known as Sciara Del Fuoco (Stream of fire). On the Sicilian Island, the Mount Etna is also worth a visit, for its fertile soil where one can see vineyards and orchards sprawled across its lower slope. Many often undertake trekking and hiking tours to see the lava flows, old or new eruptions. 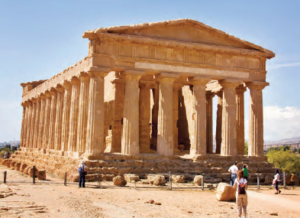 Visit the gods in Valley of – Temples

Though located on a ridge outside the town of Agrigento, the archaeological site of Valle dei Templi is referred to by a misnomer, that of a ‘valley’. From Hercules to Zeus and Concordia – the site, which covers the ruined ancient city of Akragas, harbours some of the oldest, biggest and the best preserved Greek temples from the antiquity. The Temple of Concordia, for example, is still nearly perfectly intact since its erection in 430 BC. Restoration works in 6th century AD improved the structure’s resilience to earthquakes, with a layer of soft clay beneath the temple already ensuring protection by acting as a natural shock absorber. 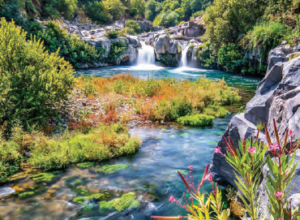 Revel in the natural – beauty

Shorts, check; towel, check; beach slippers, check; the Alcantara Gorges, check! The site is open to visitors throughout the year and is accessible through multiple entry points, where the official one takes you down through elevators for a ticket. ‘The Path of Venus’, for example, crosses breathtaking waterfalls, beaches and the Mitoggio Gorge. Once in the gorge, revel in the unspoiled landscapes, and swim with its rich and rare sea life. The walls of the canyons are formed by the cooling down of black lava believed to have been erupted from Mount Etna. The hexagonal and pentagonal formations, rising up to 50 metre skywards, enthral the onlookers, who often enjoy it while plodding through the tranquil, crystal clear waters, or during a session of canoeing, or simply even while lazing on the pebbly beaches by the river. 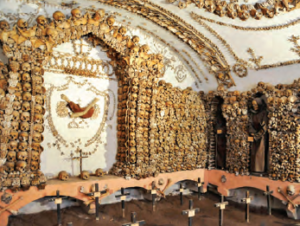 Rendezvous at the – Catacomb

Established in 1534, the Capuchin Catacombs of Palermo served originally as a cemetery for the deceased monks. As the community grew and the available space became insufficient, new excavations were carried out to create a large cemetery using the existing ancient caves. When the deceased were decided to be transferred to the new resting place, it was found out that – upon digging the older corpses – 45 brothers were naturally mummified, that they had not decomposed and their faces were still recognisable. The sight was so incredible that it was decided to let the bodies stay on display, decorating them with relics. Today, with countless bodies exposed, the site makes for one of the most fascinating places in the world.