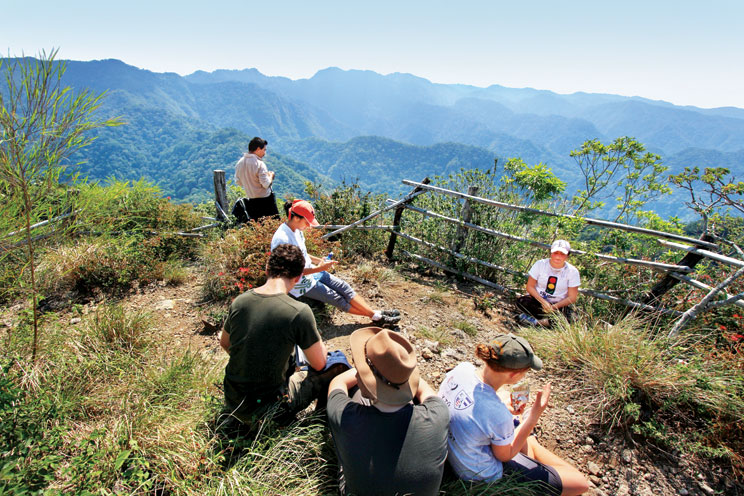 The tiny nation of El Salvador has had its fair share of uncomplimentary events, but a trip experiencing the natural offerings of the country is enough to change the perceptions.

Travellers headed to Central America, generally visit the civilisation-spanning cultural country of Guatemala or the tropical beaches, volcanoes and natural beauty of Costa Rica or the emerging Nicaragua with its colonial architecture and beautiful landscapes. But just south of Guatemala lies the Central America’s best kept secret, El Salvador.

Intense violence and gun-battles between various criminal gangs have cost not just the country’s economy but also damaged its reputation overseas as a safe destination to travel to. However, with the development of tourism, many backpackers as well as bold tourists have begun discovering the country, where they are surprised to find warm and welcoming locals.

Soon after their arrival, the tourists also discover that El Salvador is indeed the hidden gem of the region, with its varied offer for tourism – covering adventure sports, nature, ecotourism as well as exploration of various beaches and volcanoes. Many international surfers have testified to the fact that the breaks of the Pacific coast in El Salvador can rival the best in the world. And the small country with its volcanoes, coffee plantations, beaches and national parks is waiting to be explored as the tourism sector gears up.

With the great Salvadoran nature open for exploration with its active volcanoes, crystalline rivers, walks through the tropical forests, salty mangroves, national parks and bird sightings, there is everything which can get one in touch with nature in an eco-friendly way. The country has got a few eco-tourism experiences designed of its own like the El Imposible National Park, Montecristo National Park, Santa Ana volcano, Izalco volcano, La Barra de Santiago mangrove. 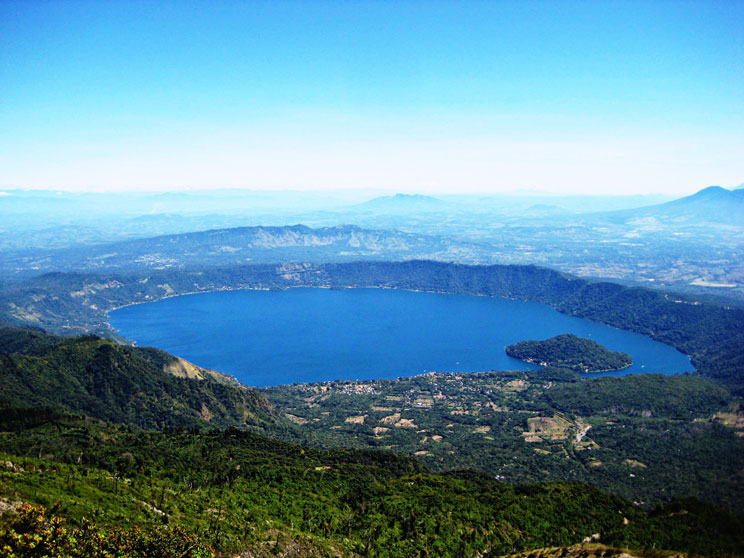 The largest park in El Salvador, El Imposible National Park is the best option for the nature and ecoadventure lovers. A nature reserve made up of dry tropical forest, it is source of life and water for all the species residing in the 3,800 hectares of the forest. It is inhabited by more than 500 species of plants, 100 species of mammals, 53 species of amphibians and reptiles, 285 species of birds and more than 5,000 species of butterflies.

The name of the park which literally means -The Impossible National Park, is placed on the Apaneca Ilamatepec mountain range which ranges from 300-1,450 m above the sea level and includes eight rivers.

From the view point El Mulo you get a panoramic view of 35 pc of the forest. You can also visit the Los Enganches river and take a dip in the natural and crystalline source of fresh water in the mountain. This river flows on to meet the ocean where they feed another salt forest nature reserve. 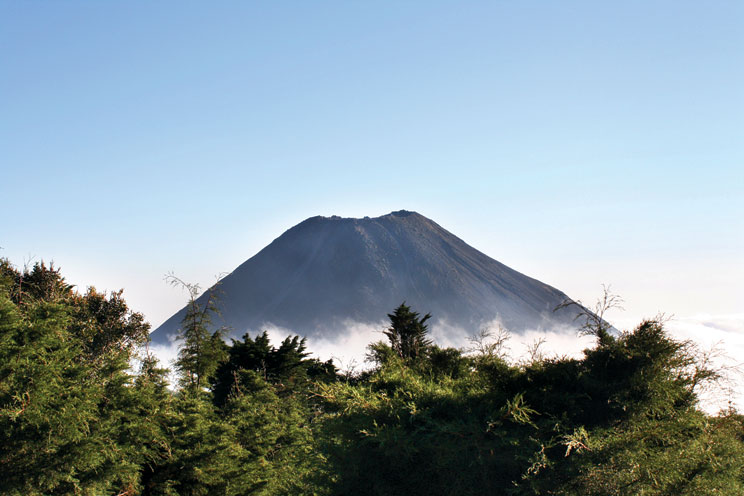 Meandering through the mangroves

The Barra de Santiago also called La Barra by the locals, is where the tourists get to meet a resplendent wildlife while meandering through the mangrove jungles. The wetland encompasses seven species of mangroves and in the forests one can find a spread of nature’s wealth for their observation.

One of the main attractions of the mangrove tour is the sighting of crocodiles in their natural habitat. The tourists can also come across animals and mammals like blue crabs, iguanas, lizards, sea turtles, shellfish, etc. It also has an impressive bird sanctuary with variety of species of migratory birds such as pelican (Pelecanus occidentalis), blue heron (Florida caerulea), white heron (Egretta alba) and kingfisher (Alcedo atthis).

There is also a legend of Chasca associated with the place. According to the myth, a pretty princess, Chasca fell head over heels in love with a fisherman named Acayetl. But her father came to know of her clandestine love affair and ordered his soldiers to kill the man. When the princess came to know about it, she killed herself by drowning herself in the waters of La Barra. It is believed that the spirit of the princess can be seen wandering in the river during favourable fishing conditions.

“Last year I went to El Salvador and figured out Central America is very much unexplored by the Indian travellers. I know the travelling time and visa issues are there and because of longer flight time, such destinations are yet to make their presence in India. However, when I made a trip to San Salvador, I was amazed to see how tourists from all over are coming to see the volcanoes. They are hiking for hours to see the active volcanoes and at the same time spending time at the beach areas to see rare turtles lay eggs. I started educating my clients after visiting the place and many people have shown interest in visiting El Salvador,” Jitender Chadha an outbound tour operator from New Delhi tells India Outbound. 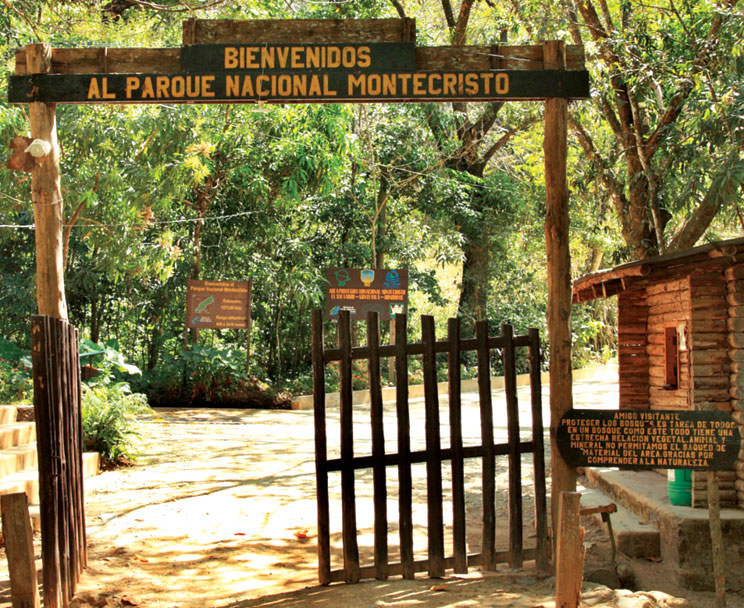 A hike on an active volcano

While trekking may not be everyone’s cup of tea, a hike through the volcanoes in El Salvador may offer one with the most spectacular views of nature. Salvador’s highest and most active volcano, Santa Ana volcano, also known as Ilamatepec, not only offers a beautiful panoramic view but also helps in establishing a deep connection with nature.

Hiking up the Ilamatepec, one may notice three different types of forests. The first part is a walk in the cloud forest where you can enjoy the thick vegetation, in the second part you walk through a small vegetation cover and finally arrive at an eroded land with sparse vegetation. Here you also get to have a view of the Salvadoran territory from the summit, from the beautiful lagoon that lies at the bottom of the crater to the view of the Pacific Ocean and Lake Coatepeque.

After descending from the top, you may visit the Lake Coatepeque which is renowned for changing colour from clear blue to a beautiful turquoise, at least twice in a year. Along with enjoying a delicious picnic, you can indulge into the legends of the lake kept alive by the locals. 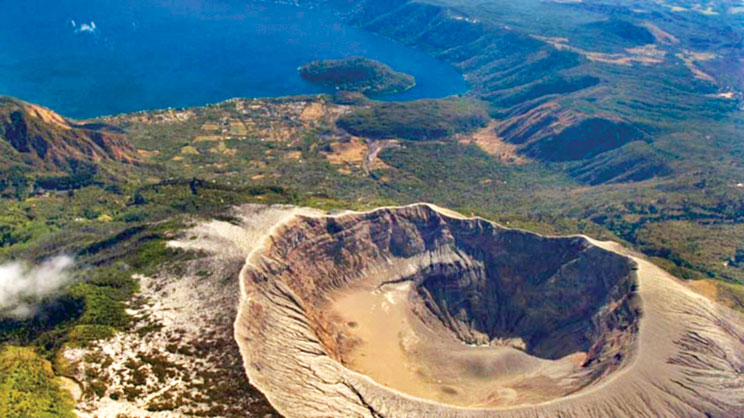 Another hike amidst nature would be to the Izalco volcano, the youngest volcano in the country. Known as the Lighthouse of the Pacific for having remained in continuous eruption for more than 196 years, Izalco volcano has the almost perfect cone shape. The ships knew that they had reached the Port of Acajutla when they saw the impressive lava flows of this colossus.

The trek, which starts through the Cerro Verde National Park, is a complete adventure as the hikers walk through the middle of the misty forest to reach the foot of the volcano. Despite being a bit challenging hike, the view from the top more than compensates for it. The view of the flows of dry lava along with the nature around provides a sense of tranquillity.

“I was working in the United States for three years when I decided to visit El Salvador for three days. I was amazed to see the volcanoes and the turtles. I was very much attracted to the rare species of turtles and would cherish the memory forever. Experiencing live volcanoes is also a thrilling experience. As I was on the west coast of the States, I could make an easy trip to this country. It will take some time for the Indian travellers to come here in large numbers,” Aishwarya Bose an architect from Bengaluru tells India Outbound.

Wandering in the cloud forest 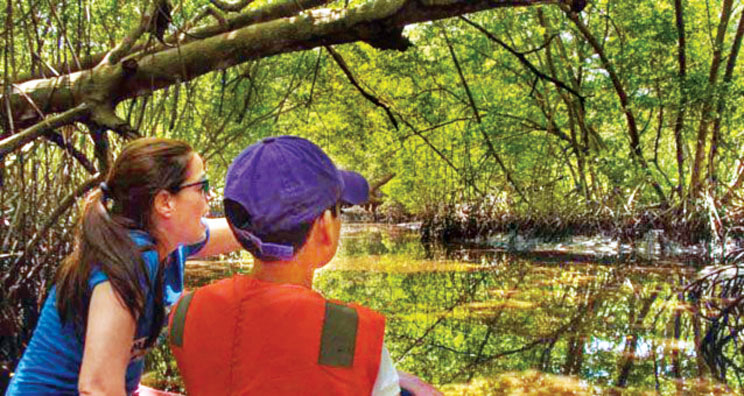 The cloud-forest cloaked mountains of the Montecristo National Park houses abundant flora and fauna to attract nature lovers and eco-tourists. With a cool climate the place is perfect for hiking with a lot of walking trails on offer. The park contains trees up to 30 m high, including cypress, oak and pine trees; and local fauna such as black shrew, squirrel, porcupine and white-tailed deer. Another major attraction is the Hundred Years’ Garden with an orchid display along with some 275 species of endemic birds. There are three important hills in the areaMontecristo, Miramundo and El Brujo.

In addition to hiking trails, surrounded by foggy forests, there are camping huts and abundant fauna and flora along with a spectacular weather which provides a pleasant atmosphere for the tourists to discover the treasures of El Salvador.

The forest covers an area of 1,973 hectares of hazy forest and is part of the Trifinio Biosphere Reserve and was the first declared protected area of this country in 1987. At the entrance of the park, there is a colonial house, dating back to 1783, where coffee and indigo were produced.

About Post Author
Mahasweta Das
Mahasweta is a junior journalist at India Outbound. She has just stepped into the job world and is learning the ropes of the trade. She can speak without opening her mouth and wastes most of her non-working time either by reading or watching the Marvel superheroes.