Discover the gem of Kazakhstan, Almaty 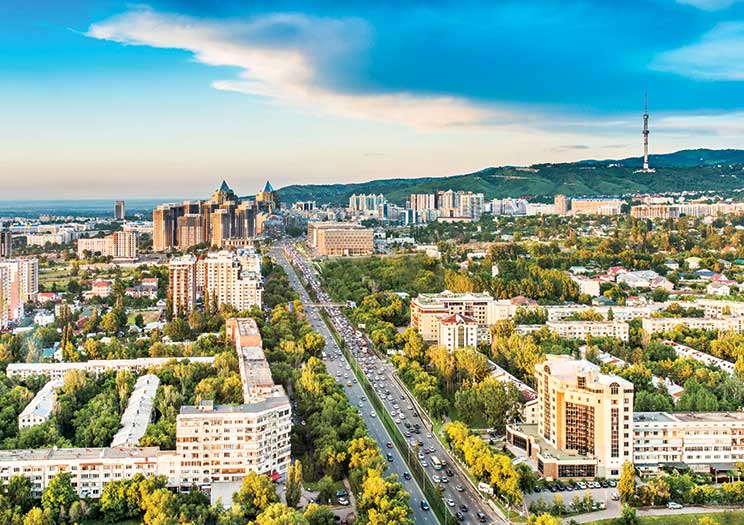 The largest city of Kazakhstan, Almaty is known for its astonishing buildings, beautiful cars and above all, warm hospitality of the Kazakh people. Here is a list of five things that you can do in this beautiful city. 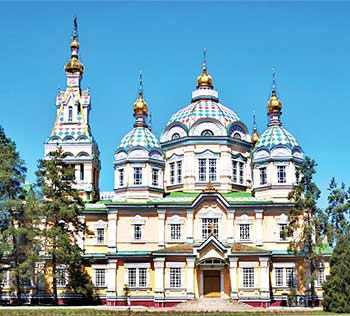 Visit to the Ascension Cathedral

Visit to the Ascension Cathedral

The Ascension Cathedral, also known as the Zenkov Cathedral is a Russian Orthodox Church that was completed in 1907 in Ukrainian baroque style – completely made of wood but without nails. This colourful cathedral, located at Panfilov Park, is 56 metres tall and is said to be among the top 10 tallest wooden buildings in the world. After the Russian Revolution, it was used to house the Central State Museum of the Kazakh Soviet Socialist Republic. The five-domed and three-aisled cathedral has no chairs and has a built-in bell tower. Even though the cathedral was built without nails it managed to survive an earthquake in 1911, with minimal damage. 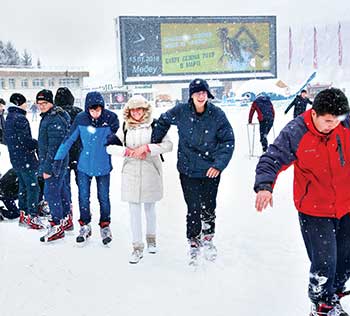 If you are an adventure and sports enthusiast and love skating, then this is the place for you. Medeu is an outdoor skating rink and is the highest altitude ice rink in the world. The skating rink sits 1,691 metres above sea level and is highlighted not only for its breathtakingly beautiful location, but also for its distinction as the highest Olympic-sized skating rink in the world. The rink is built to hold up to 1,000 skaters at a time and is notable for more than 120 world records that were established here by famous sportsmen. The 10,500-sq-metre Medeu ice rink is also known for speed skating and hockey. To reach this place you have to climb 842 stairs. 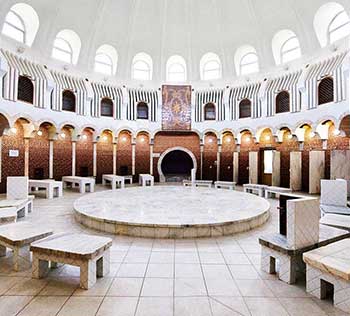 The Arasan bathhouse is a perfect place to relax your muscles and rejuvenate yourself. It is known as the best bathhouse in Central Asia where you can choose between a Finnish sauna, Russian banya, Turkish steam baths and Moroccan hammam. There are separate sections for men and women where one can enjoy a steam and sweat it out in a variety of luxurious saunas. There are stalls in the lobby that sell soaps, towels, flip-flops and veniki (bunch of oak and birch leaves for lashing yourself to stimulate circulation). 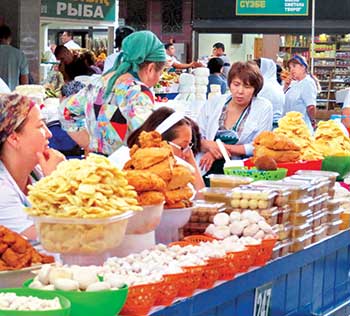 Shopping at the Green Bazaar

Shopping at the Green Bazaar

The Green Bazaar or Zelionyj Bazaar is a perfect place to shop for some of the finest ingredients. It is said that the Bazaar sits on the ancient Silk Road trading route. The market has all kinds of meat, nut, fresh fruit, dairy product, clothing and household item. The stalls in the market are piled with Georgian sweets, smoked fish, spices, ready-made Korean salads, vegetables, medicinal herbs and cheese. There is also an entire row dedicated to horse meat. The market is known as Green Bazaar because in the past it was the traditional place to buy and sell local produce like vegetables, fruits and herbs. The market has a rich history – the first prototype of the trade centre happened here more than hundred years ago, and since then it has remained an important central trade point in this region. 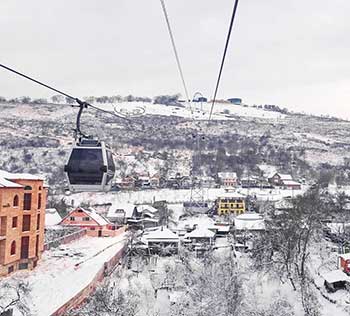 Exploring the City from Kok-Tobe Hill

Exploring the City from Kok-Tobe Hill

If you want to explore the city from above, then visiting the Kok-Tobe hill is a great idea. The hill is the highest point in Almaty at 1,100 metres and the mast itself is 350 metres tall. Visit to the hills gives a panoramic view of the entire city. One can also go for the cable car ride that offers views of surrounding mountains, the vineyards below and old fruit gardens.

The hill top has an amusement park, a zoo, restaurants, children’s playground and shops where one can buy souvenirs. It is a perfect place to spend an entire day in the calmness of the hill. There is also a life-size bronze statue of the Beatles that was established in 2007. This hill top looks even more amazing at night with lights brightening the entire city.

You may also like
5 things to do in Jamaica in 2023
Five places to go scuba diving in Asia
Golf tourism market to grow to USD 40.4 billion by 2033
Busan positions itself as Global MICE Destination
About Post Author
Varsha Singh
Varsha Singh, Editorial Director & Product Head, India Outbound: Varsha is an avid writer and traveller who has found the ideal convergence at India Outbound. As Editorial Director, she decides the broad editorial guidelines and issues to be taken up by India Outbound, the magazine, as well as its vast social media assets, including notably the videos. Varsha is leading a compact team of dedicated journalists, multimedia, graphic designers and sales persons, all committed to take India Outbound to new highs.