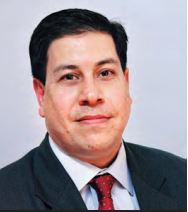 In an exclusive interview with India Outbound, Amit Ray, the regional director of LOT Polish Airlines in India, talks about the new flight connectivity between New Delhi and Warsaw, Poland as a tourist destination and plausible business opportunities for India there.

Please tell us something about the newly launched flight connecting Delhi and Warsaw?

On September 12, we launched a non-stop flight service between New Delhi and Warsaw. LOT Polish Airlines will have five weekly non-stop services between these two cities, operated by a Boeing 787 Dreamliner.

Are you planning to add other Indian cities besides Delhi?

Well, we have defined India as a very strategic market for LOT Polish Airlines. We have launched a flight between Delhi and Warsaw. Generally, when we start and develop new routes, we are looking at three weekly frequencies to start with. But as you can see, we already have started with five flights in Delhi, to begin with. This shows the confidence we have in the Indian market. There are no business case, we look at the business forecasts and this shows that we feel that the Indian market has potential to grow and we would like to participate in this. Let us begin with five frequencies and based on the forecast we are even considering to increase the frequency in the number of flights.

How easy is it for Indian travellers to get Polish visa?

Poland is a member of the Schengen community and the country can also be used as a gateway to explore the Baltic region, the neighbouring countries as well as beautiful cities of Poland.

What is the pattern of Indian tourists visiting Poland?

At the moment it’s a mixture of leisure traffic and corporate. We are also looking at wedding tourism as a new opportunity in the near future.

What are the major attractions for Indians in Poland?

Poland has a vast history and a very diverse landscape in terms of destinations to be visited. We have in the Baltic coast the Hanseatic city of Gdańsk, we have the beautiful cities of Krakow in the south and Katowice, just to name a few. There is a variety of history to be explored across Poland from an Indian consumer standpoint. We feel that a lot of passengers have seen other more well-known destinations in Europe. Maybe they have been to Paris, maybe they have been to London or maybe they have been to Barcelona. We are offering something which is now a hidden jewel and we would like to offer Poland as a new destination to the Indian travellers.

What are some of the off-beat destinations in Poland?

There are a variety of destinations that are not so much known in the Indian market. Gdańsk has many beautiful seaside resorts and it’s in the country too. In the south, we have a lot of history and medieval 16th-century style architecture. So, Poland itself offers a variety. Even Warsaw, as a city and as our gateway, offers a beautiful old town heritage environment where you feel like you are in a fairy tale back in the 16th century. Even if you look at the winter months where it might be cold in terms of temperature, it gives a beautiful ambience in November-December, during pre-Christmas time.

How profitable is the Indian market for LOT?

That’s a little early for us to comment upon since we have just started the flights. But based on our business case and our booking forecast, it’s a very promising market for LOT Polish Airlines, being a Star Alliance member.

How is Poland positioned to tap the Indian MICE segment?

MICE is definitely a key area that we would like to focus on. Poland is not that far. We have a travel time of around seven hours to reach Poland. And there are some great MICE facilities accessible for Indians. Also, the infrastructure in terms of banking facilities, destination portfolios, and activities can be conducted, it is definitely a great new alternative.

What are some of the upcoming projects that you are working on?

You may also like
Top 5 Budget-Friendly Ski Destinations in Europe
Largest-ever WTTC Global Summit concludes in Riyadh
The Residence by Cenizaro mounts family vacation offers
Prague launches digital promotion campaign for Christmas
About Post Author
Vaibhavi Mishra
Vaibhavi is a junior multimedia journalist at India Outbound. She shoots, edits videos and write articles on a wide range of topics. She loves to explore, travel and meet new people and catch up on their vibes. She truly wears carpe diem and Hakuna Matata on her sleeves!