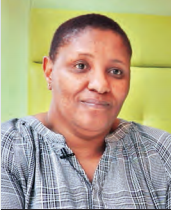 As around a hundred thousand Indian tourists visited South Africa in 2017, the country is focusing on developing further in the Indian market. In an exclusive interview, Neliswa Nkani, new Hub Head for Middle East, India & South East Asia presents her vision for the first time to any Indian media and new offers the country has, to retain its place as the leading tourism destination in Africa.

South Africa is already a trendy destination in India, what are the plans to attract repeat travellers?

Indian travellers spend a lot of time here – from nine to 18 days. There are a lot of things for them to do. I want to get to a point where Indian travellers are the highest in the world in terms of repeat visits to South Africa.

When Indians travel to South Africa for the first time, it is mainly through packaged itineraries. The second time, they craft their own itinerary, not necessarily through a tour operator. I find that the first time you go to a country – you don’t know anything about it, so you do the top 10. But the second time, you say, ‘You know what? I am going to go off the beaten path’. And offbeat options are what we need to bring for travellers.

What are the challenges you need to address to keep the growth up?

I think one of the biggest challenges is the lack of direct flights into South Africa. We’ve had some challenges with visas but that has been addressed. I also think that we have not diversified our product offering. We have to go beyond Cape Town and Kruger. We have got Wellington and McGregor. These are places where you make the best wine in the country. The more we are able to open up destinations within the country – the more demand there will be. The more demand there will be, the more jobs we will create – in both India and South Africa.

By when can we expect a direct flight from India to South Africa?

There is a direct engagement by South African Airways but I can’t confirm about the progress. It’s also a challenge from the business perspective. It makes a lot of sense to support the bilateral agreement from South Africa from an economic and trade point of view with a better connection.

What are your offerings for young travellers from India?

I know that the youth love adventure, they love the food, they like the wine – so it is about giving them what they need and making sure that it is affordable so that they come back. It’s about giving them a proper value proposition. I don’t think the air connectivity is a problem for the youth. They take connecting flights to America, sometimes Europe, so why not to South Africa? I can tell you it is worth the trouble and time because you do it once and it’s a country you cannot miss.

When it comes to MICE, we offer financial support. We go to airlines and give them support. We help with site inspections and also help with delegate hosting. We will also get the local governments involved. The mayor of the city, for instance, can come to inaugurate an event. It shows the importance we give to events that are hosted in our country.

We can also get some of the best South African experts of the industry in question, to make sure that it is a value proposition to events. Secondly, we also offer financial support pre and post hosting so that the MICE groups are not only sitting in the conference room but also exploring the country. We are very serious about MICE and have a dedicated MICE division. It’s called the South African National Convention Bureau – they are the best in the industry in the African continent. 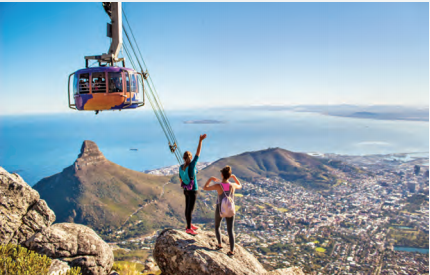 South Africa has done good over the years in India’s big cities. What is your approach to tap the Tier II and III cities?

Every single person who sells South Africa is important to me, so I’m going to engage with everybody in India. We are very clear that the budgets are limited but the options of engagement can never be limited. Today, we might not be doing business directly with you or giving you money but next year, there could be an opportunity. And those who are new to South Africa in Tier II and III cities have an opportunity because we will be assisting them to grow their business.

Digital strategies have become critical in reaching out to travellers. What are your plans?

Social media is very important for me. We are planning to use more digital assets to work with our tour operators and travel agents, to empower them with information. I also want my social media to immerse the Indian travellers. Only Indians can tell other Indians about their experiences and entice them to come.

Social media needs to present their personal experiences, it starts right from when you’re packing your bags. At the airport, in the flight – what is the airline? What are the expectations about the country? What is the list of things that you want to do? Is the local food good? Are the people hospitable? Is the country clean? Are the hotels good? What is value for money? It’s about bringing alive the journey of an Indian traveller. We want to present a complete experience. It is also one of my priorities to work with Bollywood. But I am told that it is very costly – Bollywood actors and actresses would cost us a lot of money! I am happy to provide hotels, ground transport, food but I can’t justify to my bosses that I am paying millions of dollars to the production house for showcasing South Africa.

Tips for your visit to South Africa – by Neliswa Nkani

* If you’re going to the Eastern Cape, do not miss the village of Nelson Mandela and Hole in the Wall. Adventure seekers can head to Switzagama for bungee jumping. * In Cape Town, you can go to the Tip of the Point Cape, have a picnic on the beach, put your feet to the water and meet the penguins. * Taste the South African wine, almost everywhere you go. * Meet the South Africans. * Diamond Mine is a must go to. Kalinin is the only place in the world where you can go and see how diamonds are mined. * If you’re a golfer, visit the Legend’s Golf Tour. The Extreme 19th is the world’s longest par 3, and challengers can only access the tee by a helicopter. * Eat! We have got some amazing food in the country. It ranges from Indian curries to chicken and sheep. You also get plenty of vegetarian options. * Finally, look up and see the stars, smell the ocean. Feel.

2018 marks the birth centenary of Nelson Mandela. This provides a unique opportunity for people around the world to reflect on his life and times. Here are several places to follow Mandela’s steps.

• The Apartheid Museum, south of Johannesburg to understand Apartheid, the segregationist system that ruled the country from 1948 to 1994. • Constitution Hill in Johannesburg is a museum and home to South Africa’s constitutional court, but it began life as a prison back in 1893. Mandela was imprisoned here twice. • Nelson Mandela Museum in Eastern Cape will give you insights about Mandela’s personal life. You can dig a little deeper into the essence of the man everyone here calls Madiba (his clan name). • Capture Site in Howick. It was here in 1962 that, following 17 months of evading the apartheid authorities, Nelson Mandela was arrested. • Robben Island, near Cape Town is where Nelson Mandela spent 27 years of his life incarcerated. • Mandela House in Soweto. He lived there from 1946. • The small village of Qunu is the place where Mandela grew up and attended school. It is also Mandela’s final resting place.