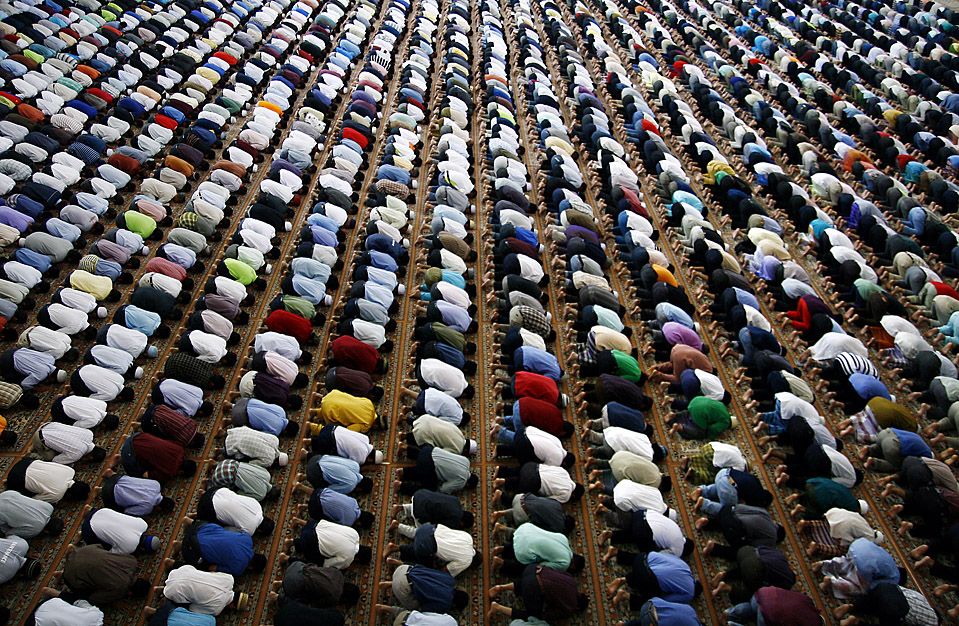 The Islamic holy month, Ramadan is celebrated by Muslims around the world, who celebrate it in the same fashion and with the same beliefs; yet in certain different styles.

Ramadan, the fasting month that allows Muslims to come closer to Allah or God, by devoting themselves to their faith is celebrated by Muslims across the world. One of the Five Pillars of Islam, it is considered to be one of the holiest times of the year. The other four pillars being faith, prayer, charity and a pilgrimage to the holy city of Mecca.

Celebrated in the ninth month of the Islamic calendar, it requires observers to fast through dawn and dusk; and eat a meal just before dawn (known as the suhoor) and another directly after sunset (known as the iftar). The daytime is meant for dedicating one to God and doing good deeds such as charity, while also staying away from committing any sins.

While these parametres remain the same across the globe, some countries have little customs of their own, that make all the difference.

Indonesia- The country with the largest Muslim population in the world, Indonesia also has some of the most unique customs for Ramadan. People clean relatives´ graves and even hold colourful torch-lit street parades. In the conservative province of Aceh, families break their fast by eating meat together and sharing the meal with the poor, in a centuries-old tradition known as meugang.

Iran- Different tribes and ethnic groups in Iran celebrate the holy month in varied ways. People in the northern province of Mazandaran commence the fasts three days before the beginning of Ramadan. They begin to fast from the last days of Sha’ban – the month before Ramadan – which is considered a meritorious month in Islam. In East Azarbaijan, in the north-western province, on the last Friday of the holy month of Ramadan, women and girls gather together and sew a bag for their family. They put some money in this bag and keep it in a box until the next Ramadan. It is called Barkat Kisasi in Azeri dialect and  translates to bag of blessing, which they believe will protect them from being poor.

Turkey- Other than the main dishes for their suhoor and iftar, locals in Turkey enjoy coffee and desserts, that they are globally known for. People, neighbours, relative, and friends pay visit to each other. Young people kiss their parents’ hands and receive good wishes and blessings from them. For this they also receive money or gifts in return, as is the norm in many cultures. Turkey has come to be known for its Ramadan Festival or Sugar Feast, that can be a good way for tourists to explore the cultures associated with Ramadan in Turkey.

Senegal-  Of the 54 countries in Africa, while some like Kenya have a concentrated Muslim population, some like Senegal are more densely populated. The west African nation has a 96 pc Muslim population, which celebrates the festival in only slightly varied fashions, depending on the region. During Ramadan, religious classes are held in mosques across the country. The tarawih (prayer), is performed in all the mosques, which are seen as a stronghold of Sufism in Africa. The Senegalese are also known to dedicate nights to religious songs, when the locals compete amongst themselves. Prayers are also sung in mosques. Some even train to sing religious oratorios and perform the adhan (call to prayer) according to the distinctive Senegal style.

Azerbaijan- The Azeri Muslims start celebrating Ramadan in the middle of Shaban, the Islamic month that precedes Ramadan. Besides the regular festivities, Azeris organise horse races, one of their most common customs to show their happiness. Azeri families are known for their generosity as they always make an extra dish for iftar, that they prepare for unexpected guests. One of the special traditions of the Azeri people during Ramadan is fulfilling vows. People who took vows in the name of god in order to fulfil their wishes, can realise them during the month of Ramadan, through increasing prayers, fasting extra days after Ramadan, or holding charity banquets.

You may also like
5 things to do in Jamaica in 2023
Five places to go scuba diving in Asia
Golf tourism market to grow to USD 40.4 billion by 2033
Busan positions itself as Global MICE Destination
About Post Author