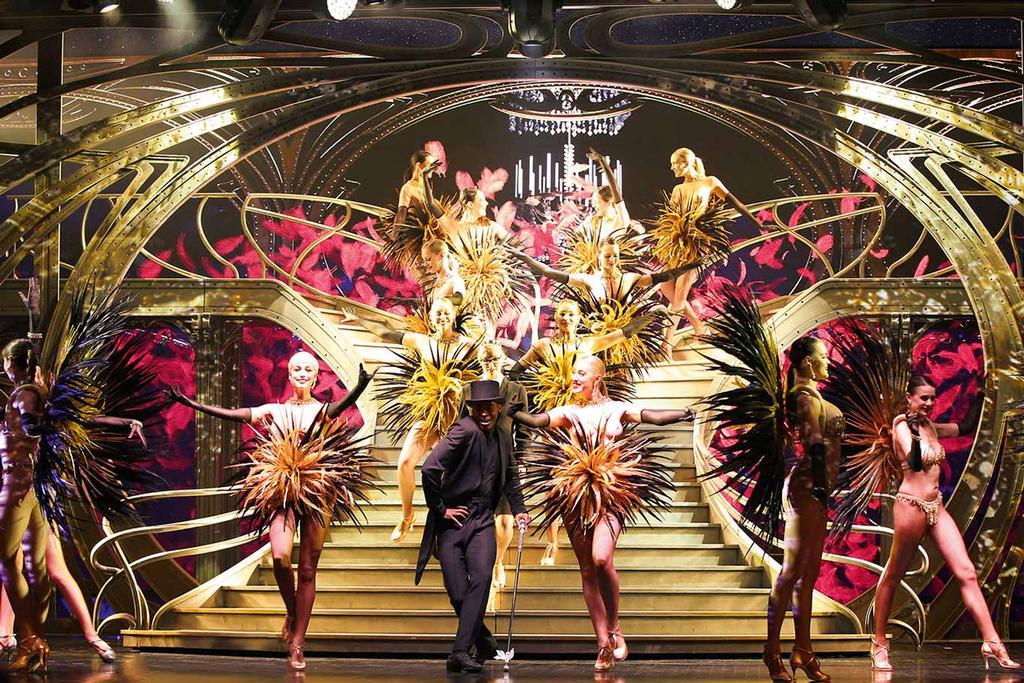 Known for its fascinating dancers, singers and musicians, the historic Lido Parisian cabaret created in 1946, has covered a beautiful journey since then. From cultural to modern concepts, the audience has always appreciated the variations over the years. However, the show is not just about cabaret dancing, there’s more to an amazing Lido evening.

Established on the emblematic Champs-Elysées of Paris almost 70 years ago, the Lido, the most reputed Parisian cabaret, along with the Moulin Rouge, has been glittering since then, with the beauty of the dancers, radiant costumes and elegant attractions.

Recognised everywhere, Lido’s variety of shows have been praised by everyone. Magnificently designed and decorated by various renowned architects, the show is a living legend, which constantly reinvents itself. The Lido has evolved over the years to become the largest and most luxurious cabaret in Europe and even in the world. However, it is not just the dancers who make the evening what it is; the Lido show is beyond cabaret dancing.

With a wide variety of artists – the lido team not only includes dancers, but also acrobats, skaters and mimes. The cabaret is a unique tribute to the elegance and treasures of Paris, but also finds inspiration in the Indian culture and Bollywood dancing.

The artistic performances have much more to them than just a parade of pretty women sensually dressed in feathers. The modern costumes worn by performers include LED dresses with around 2 million crystals on Bluebells costumes. Everything is choreographed with moments reminiscent of classical ballet and rock n’ roll, led by the famous Bluebell girls and Lido boys.

The Lido has always been excellent at inventing and achieving its artistic ambitions by using state-of-the-art technologies. Innovations created at the Lido, are used by only a small number of other cabaret theatres throughout the world, including a part of the room that can be lowered by 80 centimetres so that the stage can be seen by all the spectators; a pool containing 80 tons of water; a skating rink; fountains using as much as 60,000 litres for each performance and a giant chandelier with 40,000 pampille. For the Lido, in its true cabaret tradition, music also plays an essential role and everything revolves around it to the extent that when it stops, the light-play also ceases. Moreover, Lido is the only cabaret of this scale to propose an evening with a live music, which is recorded by a symphony orchestra, with live backing from the Lido orchestra.

Every evening, around 2,000 spectators embark to enjoy the show and leave bedazzled by the luxurious costumes, the tempo, beauty of the dancers and of course the sophisticated staging techniques.

You may also like
France to consolidate position as most visited country in world, says GlobalData
5 things to do in Jamaica in 2023
Golf tourism market to grow to USD 40.4 billion by 2033
Busan positions itself as Global MICE Destination
About Post Author