Five Interesting Christmas delicacies from across the world

It’s that time of the year when we find springs in our steps, an extra gear to revel and an appetite for gastronomic riches of the festive season. Christmas is celebrated in unique ways across the world with special dishes prepared on this occasion.

Christmas, the day that is celebrated to mark the nativity of Jesus Christ, holds a special significance for many in the world. Though it is a Christian holiday, a large number of non-Christians in countries such as India celebrate it with equal vigour and enthusiasm. Christmas, with its varied forms of celebration, remains largely a family affair and one tradition that can be a universal marker is the Christmas dinner. Special dinners on this day and on the eve of Christmas are marked with up to 13 courses of food for some, with varied cuisines across the world making for interesting combinations. This Christmas, we bring to you a plateful of joy. Bon Appétit!

Parts of Italy host distinct dinners, on the eve of Christmas, with a feast of the seven fishes practiced by some Italians and the majority of Italian-Americans. Prepared in different ways, the fish dishes are meant to be served in seven different courses, or more. This practice is known to have emerged from Southern Italy, and many believe that the preparations have to do with the belief that the night prior to a religious feast has to be considered as a vigil, referred to as ‘La Vigilla’. The seven fishes also consist of seafood and, for some households this number can go up to nine or thirteen, each having its own significance. 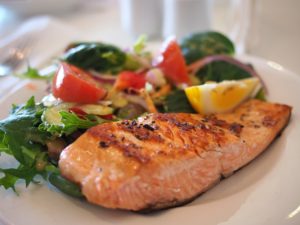 Many Russians believe that “herring in a fur coat” goes beyond being a delicious salad, and is a marker of the holiday season. Selyodka pod Shuboy is the Russian name of this salad that has ingredients such as beets, potatoes and mayonnaise, along with the herring. The red beets, which are an essential ingredient of the salad, add to the vibrancy of this traditional dish which has many legends surrounding its popularity and origin. Most agree that it became extremely popular since the 1970s in the erstwhile Soviet Union, and this layered salad is now a favourite and classic dish for Christmas in Russia. 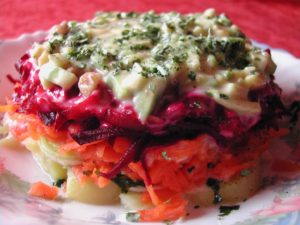 ‘Herring under a fur coat’ also has a variant known as ‘sea under a coat’.

Christmas food in Estonia is marked with one thing primarily – meat. With dishes such as meat jelly and black pudding on the menu, the Christmas dinner in Estonia is quite unique. Pork and potatoes are also staple foods for the Christmas feast. A special sauerkraut stew is prepared for the feast, traditionally prepared before Christmas eve, with bacon and barley as additional ingredients. 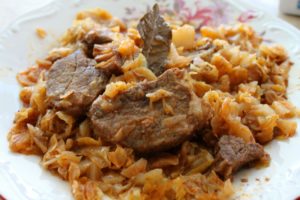 Estonian Christmas dinner is incomplete without sauerkraut and pork

The Brazilian Christmas dinner, served on Christmas Eve, is a lavish spread that families get together for. With infusion of local ingredients, a Christmas dinner in Brazil becomes truly unique. One can find a large spread with dishes as kale highly seasoned with garlic, local fruits, nuts, and the staple Brazilian food rice. Ham, roast turkey and salad are also served. The rabanada, a sweet bread-based dish, is considered an important part of the Brazilian Christmas experience, and has thick syrup poured over it with a honey and cinnamon flavour. 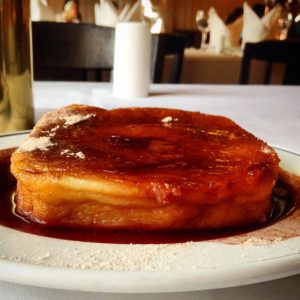 Rabanada is a classical Brazilian dish that popular during Christmas across all of Brazil. Picture via Flickr

Christmas dinners in the vast and diverse country of India vary between regions. Incorporation of local dishes such as biryani in the dinner as well as the traditional Christmas way of cooking a large portion of meat, usually turkey or chicken, as the centrepiece, is practiced. An interesting dish in the Indian landscape can be found in the southern part of the country which has had a Portuguese influence – Goa. Goan sweets, homemade wines and special dishes make their way to the tables with many meat dishes also available. Sorpotel, a Portuguese origin dish is now a common dish for Christmas and sees a Goan twist to it when served. 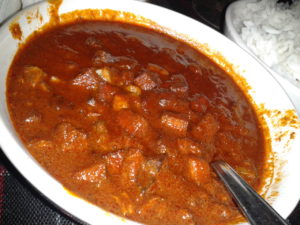 Pork is commonly used in Christmas dishes, accompanied with rice and coconut bread